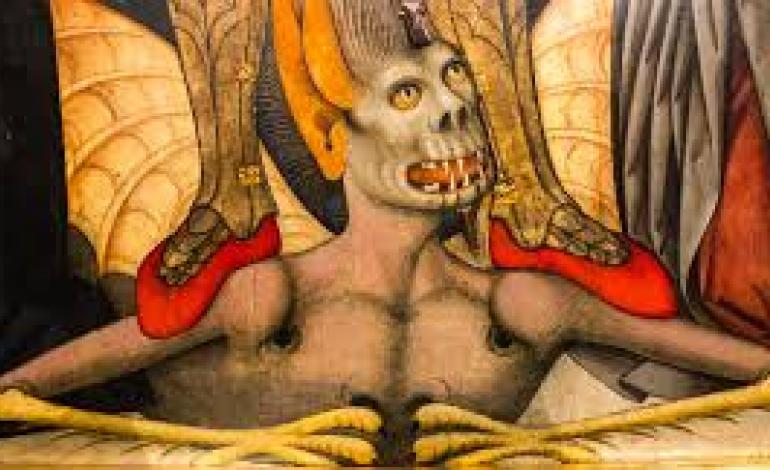 “A seventeen-year NYPD veteran, Ralph Sarchie works out of the 46th Precinct in New York’s south Bronx. But it is his other job that he calls “the Work”: investigating cases of demonic possession and assisting in the exorcisms of humanity’s most ancient—and most dangerous—foes. Now he discloses for the first time his investigation into incredible true crimes an inhuman evil that were never explained, solved, or understood. “

I first found out about Raplh Sarchie by watching a film called Deliver us from evil, which tells the story of various Exorcisms he has been involved in. I had never heard of NYP come across the paranormal before, so I was immediately intrigued and wanted to learn more.

While doing research for this article I watched a number of videos Raplh Sarchie had made, where he is discussing the then upcoming film “Deliver us from Evil” as well as talking about the stages of demonic possession, and how we are all a part of the never ending battle between good and evil.

At first glance he seems like a very strong and independent character (Very matter of fact, and talks in a harsh tone when trying to get his point across.) He also explains how at first he doubted anything to do with the paranormal.

That was until he got a call when on duty, saying that a household believed there was someone in the house.

When Ralph Sarchie and his co-worker ( Foresterr) arrived at the house, the family then revealed that they thought there house was haunted, due to furniture moving on its own, and hearing doors slam.

After then witnessing the paranormal activity themselves, the duo decided to perform an Exorcism on the house. As they exorcised the home, a powerful demon possessed, Gabby Villanova, the mother of the family, something they had never seen happen in the midst of their ritual.

But when they realized the demon they were up against, the two policeman realized they would have to return when they were more prepared and had backup. When they finally came back, the group of exorcists and investigators performed an exorcism on each room of the house, finally forcing the demon to leave.

Ralph Archie even worked with the infamous paranormal couple Ed and Lorraine Warren, when they were in an investigation in Washington DC, the activity which haunted the family home they were working on, consisted of family members hearing their late father’s voice calling them, as well as physical attacks (scratches etc.) as well as hearing a crying of a baby.

Eventually they discovered that the previous owner of the house was a Satanist and performed a variety of rituals which naturally attracted evil spirits. A year later after the investigation the family were rid of all the evil in the house, and could carry on their lives in peace.

However dealing with cases such as these, affected Raplh Sarchies family life terribly, his wife at the time

(They split after the film came out, and also he confessed that he being a demonologist played a bit part in the separation.)

Saw a large dark figure in their daughter’s room, and then his wife saw it again a few weeks later. Ralph then proceeded to do a number of Exorcisms in his house in order to protect his family, Even to this day he has Holy water and crosses hung up throughout his house.

I was intrigued by his career so I did some more digging for this article, by watching his paranormal series Demon Files, where he goes to houses which are home to demonic spirits, and exorcisms them.

When he was ten months old, Ralph got very, very sick,” says his mother, Lillian Rizo. “They said it’s up to God now.

There isn’t anything more he could do for him. I had to wait 24 hours for this child to pull through, and he did of course, there he is to tell the story. God left him here for some reason, to do something. Very protective boy he was.” -Ralph Sarchie Documentary