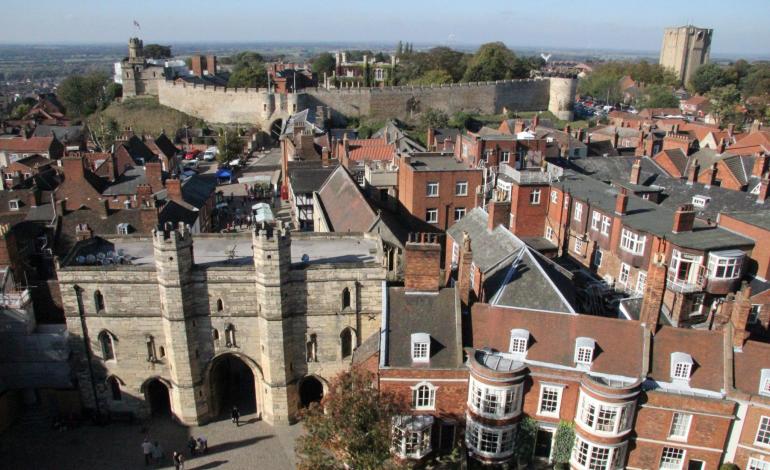 “So are you ready?” I ask my friend as we make our way up the cobbled street, and towards the infamous castle.

Tourists snap photos of one another standing beside the canons which are on either side of the entrance, Businessmen and woman make their way to the local MAGNA CARTER pub for their lunch. Everyone is going about their daily lives, and yet they do not realise that they are walking by of the most haunted buildings in the UK.

As I have said before in previous articles for this magazine, Lincoln Castle is one of the most interesting places I have been to, not only is it steeped in history but also an incredible energy field which makes even the bravest visitor wary.

Last week I decided to take my friend of seven years, to the castle, as she is very interested in the spiritual side of things as well. As we waited to buy our tickets in the gift shop, I was once again consumed by a dizzy feeling as I started to pick up on the atmosphere and the spirits.

After we had brought our tickets, I excitedly lead my friend to the notorious Chapel room (The room which I believe to be the most haunted in the castle) a sign just outside of the chapel read…

“Supporters believed that prisoners, separated from the influence of other inmates, would reflect on their crimes in the solitude of their cells, and see the error of their ways. Their moral reform would be further encouraged by visits from the prison chaplain, attendance at daily prayers in the prison chapel and rigorous religious instruction.”

Making our way slowly up the stone steps, a wave of extreme energy hits us both! We pause for a moment as we gather our thoughts, and then enter the room, not looking back…

Due to the fact that this was my friends first time in the Chapel room, I didn’t want to rush through it, so we calmly went up and sat on one of the benches (The sitting area is located above the cubicles, the cubicles have life like dummies in them.)

The energy consumes us; we sit in silence for a while as I tune in to the atmosphere of the room. “What do you think of it so far?” I ask nervously.

Constantly. I don’t like the feeling in here it’s really strange! It’s hard to describe.”

As we stand in the pulpit I ask my friend to record me going into one of the cubicles below. I hastily make my way down the stairs and wait for the energy of a spirit to tell me which one to go into. Closing the door, I all of a sudden feel trapped, and feel like there is someone behind me, even though there is no one but me in the cubical.

There are empty cubicles either side of me, I don’t move whilst in there. The door to the other cubical slowly starts to move open, and I’m out of there! We have this all on video so feel free to check it out on my YouTube channel (Arabella Mortimer Hendry)

As we explored the rest of the prison, the energy subdued, However the previous day I had gone to the Prison on my own, to see if I could catch anything on camera (any orbs or manifestations)

I walked along the hallway, cells on either side of me. I suddenly felt an urge to go into a cell which was quite far away from the others, The only light came from a small window, other than that the cell was pitch dark.

I could sense very strongly a male spirit leaning against one of the walls in there, watching my every move; it was a very hostile atmosphere, very unwelcoming. I started to see flashes of what he might look like in my head, a very tall man, and shoulder length hair with a hunch.

When I sometimes go into haunted areas I sometimes have these flashes in my mind, I don’t know if that prisoner looked like that, but he could of. Another interesting thing about this cell was that the prisoners had actually carved the dates that they were incarcerated in onto the walls.

Lincoln Castle is definitely worth a visit!