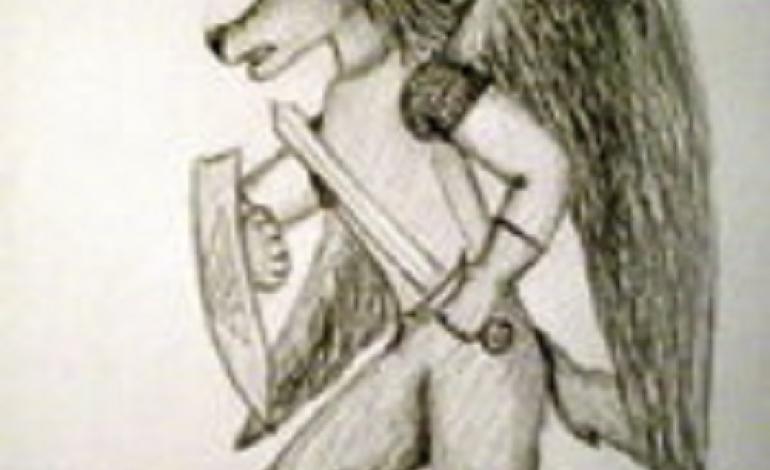 “Even a man who is pure of heart and says his prayers by night may become a wolf when the wolf bane blooms and the autumn moon are bright.”—The Wolf man, 1941 when I was a senior in high school, one of favourite classes was Current Events. It was fun having a class where you could bring in newspapers and magazines and discuss what was going on in the world. But the best day was Friday, which was Weird Headline Day.

One Friday my teacher came walking into class with a huge smile on his face, set his briefcase down, looked directly at me, and said, “I got a good one for Mr. Hale.” He then proceeded to read a newspaper article from a Wisconsin newspaper that spoke of a creature born of nightmare, legend, and cheesy late horror movies.

The Beast of Bray Road You sees, a werewolf had been seen prowling a stretch of road near Elkhorn and Delavan, Wisconsin. The Beast of Bray Road, as it was being called, had been witnessed eating road kill on the side of the road and attacking the livestock of unsuspecting farmers. Everybody just sat in their seats listening intently to the bizarre story that was unfolding. Needless to say I was hooked.

The legend of a man transforming into a vicious animal has figured into the mythology of practically every culture that has graced the face of the Earth. Some of the earliest legends concerning canid/human hybrids came of the birthplace of Western civilization and culture, Greece.

According to a well-documented legend, a race of wolf men called, The Nuri, participated and practically cleaned up at one of the first Olympic Games. They were said to be stronger, faster, and far more competitive than their human counterparts. Although this is an interesting legend that many ancient sources claim to be true, the werewolf of myth and legend that we know has much sinister origins in Western Europe.

The Legend and Lore behind the Werewolf

When it comes to the belief that a werewolf is a human being damned to become a werewolf by the light of the full moon, this is only partially true. The damned part is right, but the rest is pure Hollywood. According to the true legends of werewolfery, a man can transform into a wolf by making a pact with the Devil and wearing a wolf’s pelt or spreading some magical potion on their body. Usually these people were either seriously mentally ill or under the influence of a strong mind-altering narcotic. However, the legend persists that brings us to the land of cheese, the great state of Wisconsin and an eerie back country road called Bray Road.

The first known sighting of this nightmarish creature was on a cool October night in 1936 in Jefferson County. A lone man was driving a long and lonely stretch of road when he saw a large man digging in a Native American burial ground. I’m sure his first thought was, “Why a man would be digging with his hands in dirt?” But when the strange figure stood up, he could tell this was clearly not a man.

The motorist described the creature as being taller than a man with shaggy greyish/brown fur. The motorist watched in horror as the creature opened its mouth full of sharp fangs and let out a terrifying growl. The motorist had seen enough, and he pushed the pedal to the metal and got the hell out of there.

Over the years, throughout the 1960s and 1970s, the werewolf-like creature had made its appearance numerous times. One report from 1972, again in Jefferson County, was made by a woman who claimed that a large, hairy dog-like creature tried breaking into her home. Although these reports are dramatic, the bulk of the reports of the creature were made in the late 1980s and throughout the 1990s on Bray Road in rural Elkhorn and Delavan. Reports that would make the creature legendary.

For a 10-year span of time, 1989-1999, several people reported seeing a large wolf-like creature eating road kill on the side of Bray Road. Others witnessed seeing a large, hairy dog-like creature running on two legs. But the best and most dramatic creature came in 1999, when stuff got real and the creature attacked a poor girl and her car.

On an October night in 1999, a young woman was driving down Bray Road when something that looked like a large dog ran in front of her car. Unable to avoid hitting the creature, she ran it down, knocking it to the side of the road. After recovering her composure and feeling bad about hitting a dog, the young woman did something that probably wasn’t the brightest idea; she got out of her car and went looking for the animal she ran down with her car.

After inspecting the damage the animal inflicted upon the front end of her far, she began searching the immediate area. When she walked to the rear believing the animal was behind her car, she became intensely aware that she was being watched. When she looked up, fear gripped her as a large, hairy biped, with grey/brown fur, came rushing at her. Terrified, the young woman jumped into her car and attempted to drive away. Whatever this thing was, it jumped onto the trunk but couldn’t hold on as it was raining and the car was slippery. Feeling fortunate to be alive, the young woman drove off at top speed leaving behind the horrific creature.

When considering the Beast of Bray Road, we are left with the question, what is it? Due to its magical connotations, the majority of cryptozoologists are reluctant to call the creature a werewolf. Instead they believe that the beast may be some kind of Bigfoot-like creature or a Waheela, a giant extinct wolf that may have had the ability to run short distances on its hind legs. To me, these are likely candidates, but there are other theories.

What Is the Beast of Bray Road?

Right about the time of the beast of Bray Road sightings, local police found numerous dogs that appeared to have been ritually sacrificed along with occult paraphernalia. Some feel that perhaps some Black Magic practitioner made that diabolical deal with the Prince of Darkness and transformed themselves into a werewolf. This may seem highly unlikely, but it is keeping with the real legends of how a man can becomes a wolf.

Reports of the Dogman come from the upper peninsula of Michigan. Throughout the 1880s, several lumberjacks reported seeing these creatures in and around the forests where they were cutting down trees. Usually the Dogman didn’t live up to its voracious reputation. According to eyewitness reports, they seemed shy.

Another theory concerning the beast was that the creature was just a human suffering from a severe and rare mental illness called lycanthropy. Lycanthropy is a real diagnosable mental illness where a person truly believes that they have been of their human skin and become a werewolf. In extreme cases, those who have this illness have been known to attack and devour livestock. Others have actually killed human victims while in this state of psychosis.

The Beast of Bray Road is an enduring legend of the Northern Midwest and shows no signs of ever going away. Citizens in, and around Elkhorn and Delavan Wisconsin, still claim to see the creature in the woods surrounding the area. Is this a real werewolf or perhaps a Bigfoot or a severely mentally ill person that believes them to be a wolf man? Like with any other cryptid, we may never know until a body is produced proving the creature exists.