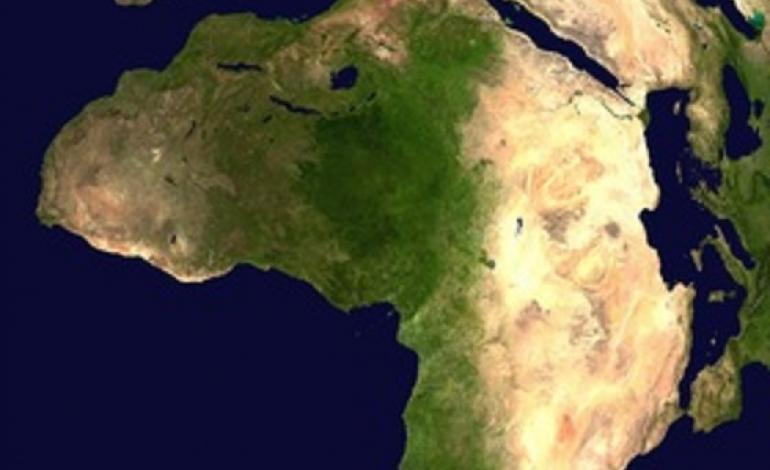 To a great many of us, Africa is continent steeped in contrast. In many African countries the people enjoy stable governments with benevolent leadership and a stable economy. While other countries deal with the stark reality of endless wars, crippling poverty, and out-of-control viral epidemics. In a word, many African countries are unfriendly.

Most anthropologists believe that Africa is the cradle of civilization—yhe land where mankind was born, stood up on two legs, and spread out to every corner of the globe. And despite a few countries in Africa that are stable and technologically advanced, much of the population is still tribal and they still hold to those ancient tribal traditions—rich spiritual traditions that include magic, spirits, and possession.

South Africa is by far Africa’s most stable and technologically advanced country, although it took a long time getting there. Among the Xesibe people of Transkei, the old tribal traditions of spirit possession is still very much alive.

For many decades, Mozambique was a country that dealt with war and poverty. Between 1977-1992, the Mozambican Civil War virtually tore the country apart. War and rebellion is an ever-present danger to the majority of Africans.

Before the civil war, spirit possession was something that happened only to certain families. However, all that changed after the Civil War. Citizens began seeing the Gamba, the spirits of dead soldiers from that country’s civil war. These were just your run-of-the-mill ghost sightings, and then people began acting strangely. It seems that the Gamba were taking control of the average citizen.

People who were possessed by these fallen soldiers would fly into a rage and start attacking others for no reason. The possessed also claimed to have flashbacks and memories of the civil war, even if they had not fought in the conflict. It is believed that with time, the Gamba will leave its host. But if not, a ritual cleansing may be required

The Digo people of Kenya, specifically their women, are under constant attack by a group of spirits called the Shaitani. The Shaitani are believed to possess married women. When possessed by a Shaitani, women will laugh uncontrollably, bang their heads against the wall, and demand luxury items while threatening their husbands with castration. The Digo men see this not as a spiritual problem but rather their wives use this as a means of civil disobedience

About 25 years ago, there was a big push in the Western world to help lessen the poverty and hunger of the people of Ethiopia. And although it was a noble cause, the money usually wound up lining the pocketsof some war lord. And it’s because of this hunger that people become possessed.

The Gurage people have some rather strange cultural attitudes concerning food and hunger. The Gurage believe that if they get too much to eat, they run the risk of being possessed by a malevolent spirit called Awre.

The Awre spirit seems to possess only men, although there have been a few cases of women being possessed. Those who are possessed by these spirits display classic possession symptoms: loss of appetite, nausea, and severe stomach cramps. When the Awre possess a human they place their host in a trance-like state that makes the host catatonic, only coming out of the trance long enough to take in a small amount of water and food. Those afflicted with one of these spirits are also known to suffer violent seizures and partial paralysis

If the victim doesn’t recover over time, the Gurage will summon a Sagwaro, a spiritual leader that is trained specifically to deal with these spirits. The Sagwaro will engage the Awre spirit in much the same way a priest/exorcist of the Catholic church engages a possessing demon. If the Sagwaro obtains the name of the possessing spirit, he will prescribe a formula to rid the possessed of the spirit. The formula being a dish of Ensete made from a mixture of butter and red pepper. If the spirit is satisfied with the offering, it will leave its host, never to return again.