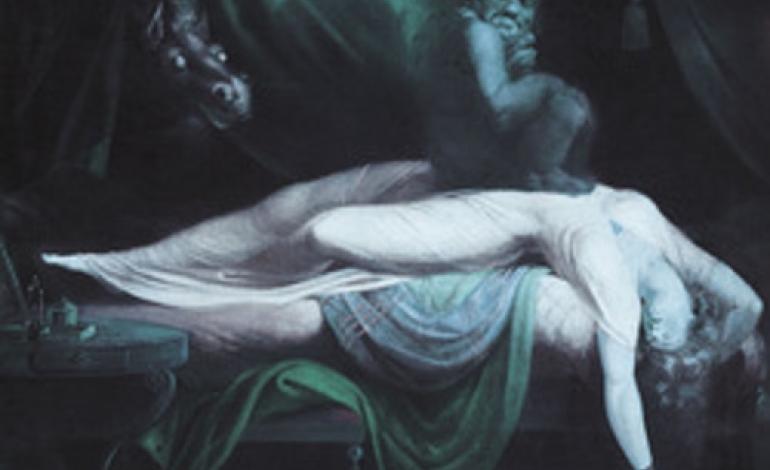 Ever since I was a child I have always admired Asian culture, which is steeped in efficiency and tradition. Most importantly, spirit traditions. So much so that on the 15th night of the 7th month of the Chinese lunar calender, respect and homage are paid to their dead ancestors with ritual meals and the burning of incense. It is believed that during the Feast of The Hungry ghost, the doors to the underrealm are wide open and the dead walk among us. It is a beautiful tradition.

China is not the only Asian country to have long-standing traditions of contact with the spirit realm. It would appear that all Asian cultures have rich traditions concerning spirits. Even spirits that possess.

On the small Island of Bali, many people still practice the ancient animist beliefs of their ancient forebears. Shamans are a major part of the spiritual life and are contacted to deal with everything from disputes to dealing with spiritual issues. However, not all spirits are considered bad. Much like Vodoun, some will allow themselves to be possessed.

Sanghyang is a ritual of voluntary possession. The participants allow their bodies to be inhabited by the Hyang, or helpful spirits. While in this possessed state, the Hyang use their human hosts to settle disputes, as well as cleanse people and places of negative energy When the specific task is finished, the Hyang return to the land of the dead, leaving the voluntary participant with very little memory of their possession.

In Malaysian factories, most of the workforce is female. Over the years, factory owners have documented numerous cases of their female workers displaying violent outbursts of anger and disobedience. The women claimed to be possessed by evil spirits and that they could not control their violent outbursts.

For the most part, factory owners see this as civil disobedience steeped in traditional superstition. To gain control and return their workers to the right state of mind, they don’t contact exorcists to deal with this seemingly spiritual problem. Instead, valium is prescribed to hold the demons at bay. And by all appearances, the ultimate chill pill works.

, and although the people are educated and friendly, Rajasthan appears to have a major problem with spirit possession. Over the past couple of decades, there have been numerous reports of seemingly normal people who lose all sense of self control and fly into violent emotional outbursts. When they , they

that they were taken over by a possessing spirit that meant to do harm.

Among the believers of spirit possession in Rajasthan, it is believed that Bhaironji, the god of the underworld or dead royalty, will possess at random any human host they deem worthy of their presence. These spirits are considered by many to be positive but unwanted spirits. Negative entities, the ones that wreak havoc and cause the most amount of chaos are the spirits of perpetual debtors who possess in an attempt to repay their debt

The spirits of stillborn infants and angry dead tourists are said to be among the most violent spirits. The Ghorala or Mount, as the possessed are called, can be ritually cleansed of the invading spirit or, in time, the spirit will leave on its own.

And lastly, but certainly not least is a curious possession tradition in Tamil. On their wedding nights, young brides run the risk of being possessed by the spirits of young men who died in a state of extreme sexual frustration. Young brides who experience this bizarre possession have been known to violently attack their new husbands, oftentimes in a very sexual manner. They have also been known to be sexually promiscuous, sleeping with men other than their husband. If the spirit doesn’t leave on it’s own, an exorcism or “Running Away Ritual” is performed by a Hindu holy man. A ritual cleansing is performed as numerous instruments are played to drive the spirit out.

These are just a few of the spirit possession traditions of Asian countries. Many Asian countries have a complex cosmology of spirit beings that are fascinating to read about.