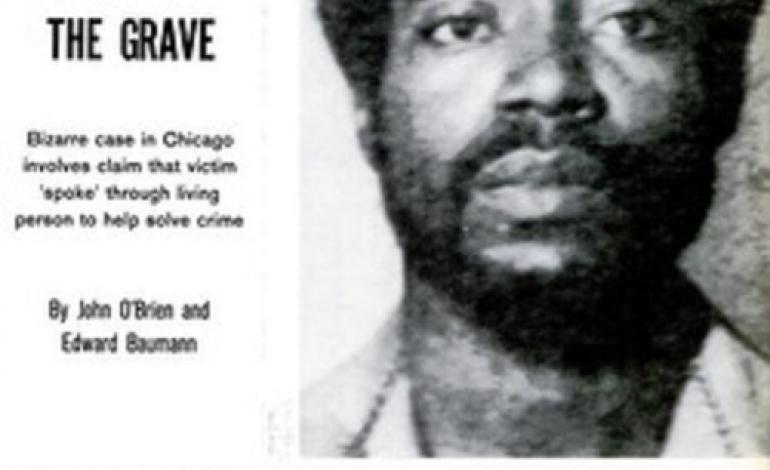 The idea of a dead person possessing a living person and controlling their will is a highly controversial subject, even in a field dominated by highly controversial subjects. Usually you hear nothing but stories concerning a person who is possessed by a spirit, usually a demonic one that causes its human host to commit all manner of heinous acts. However, there are plenty of stories in the annals of paranormal research that illustrate that spirit possession isn’t all that bad. In fact it has even helped in putting murderers behind bars. And one such case took place right here in Chicago, Illinois.

On the morning of February 22, 1977, the staff at Edgewater Hospital learned that one of their own, Teresita Basa, was found in her apartment brutally slain and possibly raped by an unknown assailant. Although the older respiratory therapist was quiet and pretty much kept to herself, she was known for truly caring about her job and always having a warm smile. No one could possibly understand why anyone would want to hurt Teresita Basa.

Two weeks after Teresita’s murder, the shock of losing one of their own began to fade. Most hospital staff went about their business attending to patients. One, Remy Chua, a respiratory therapist, who worked alongside Teresita on a regular basis. One of Remy’s co-workers overheard her tell another co-worker that it was terrible that the murderer had not been caught and that Teresita could visit her in her dreams anytime. Careful what you wish for.

One day after a long shift, Remy decided to take a little snooze in the staff sleeping quarters before beginning an overtime shift. An hour after falling asleep, Remy was awakened by the strange feeling that someone was standing at the foot of the bed. When her eyes finally focused, Remy was shocked to see her former worker, Teresita Basa, standing at the foot of the bed. Before Remy could utter a word, the spirit of Teresita Basa spoke, “I want you to call the police.” Terrified by what she had seen, Remy left the hospital in a hurry.

As the weeks went by, Remy began having strange and disturbing dreams concerning the murder of her co-worker. She found herself standing in Teresita’s apartment watching the woman being brutally slain by some shadowy, male figure. Not a night would go by without Remy waking up her husband with her screams.

One night as the two slept, Remy’s husband was awakened by something strange. His wife sat straight up in her bed and said in Tagalog, a Filipino dialect, “I am Teresita Basa. I want you to call the police.” Remy’s husband didn’t know what to do. Should he call the police or see where the strange incident was going? He chose the latter.

Approximately two weeks after the first incident, Remy woke up again and began saying the same message, except this time she told the bewildered man who had actually killed her, a man named Allan Showery. This time Remy’s husband contacted the Chicago Police.

When detectives arrived at the Chua residence and heard the bizarre tale, they were understandably sceptical. Never had they heard such a thing. However, they were amazed when Remy and her husband told those details about the case that only two people would know the Chicago PD and the killer.

Remy told the detectives that Allan Showery, a maintenance man at the hospital, was invited by Teresita to come over and fix her television. After Teresita had left the room, Showery surprised her. He grabbed Teresita by the throat and strangled her till she almost passed out. Showery then stabbed her repeatedly, arranged her body in such a way that it appeared that she had been raped. Showery then hid her body under a burning mattress and took off with her jewellery. The police were so amazed at the details; they left the Chua residence and brought Allan Showery in for questioning.

At first Showery was very helpful to the police. He admitted to going over to Teresita’s home to fix the TV but became jittery and nervous when he denied killing the woman. He said that he had nothing to do with that. The cops knew better.

While Showery was being questioned, his girlfriend came to pick him up. When she walked into the police department she was stopped by a couple of Teresita’s cousins who noticed that the ring and other jewellery she was wearing looked familiar. It was the jewellery that was stolen from their slain family member. Learning of this, the police arrested Showery and charged him with murder. Showery subsequently confessed.

This strange case is one of the best documented cases of spirit possession. However, I ask this: Was Remy Chua taking over by the spirit of Teresita Basa? Or was she an unwitting spirit medium? No one can say with any certainty. But one thing is certain, Allan Showery went to prison and Teresita Basa found peace.