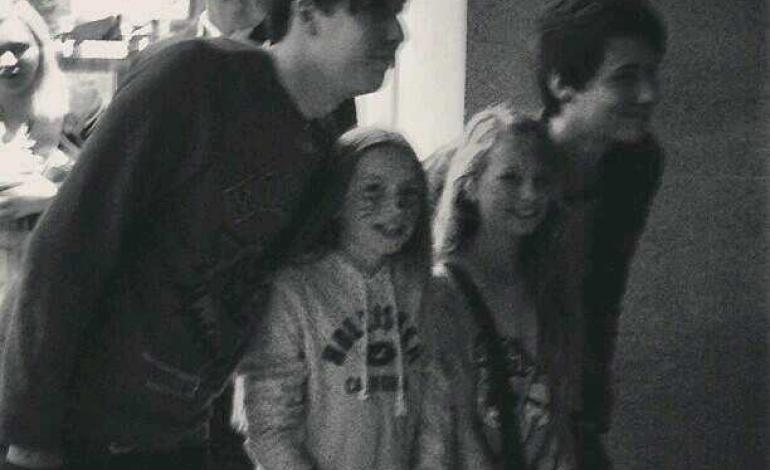 At what point should we start to teach people about everything paranormal? I suppose the ideal age would be 16. After all, you can get married at 16, you can legally make babies at 16 and you can also move into your own home at this iconic age. But, if you thought getting married and becoming a parent was scary - what about living alone in a place where no one can hear you scream? It’s a dilemma that used to terrify me when I was battling through adolescence, slowly but surely finding my way in a big bad world that mummy and daddy had prepared me for.

The thing is - there is no way I could have lived in a house by myself at 16. In truth, I was scared enough still living at home with mum, dad, sister and pet dog – oh and 1 or 2 uninvited guests! Childhood, for me, was rather ordinary from about 8 in the morning till around 10 at night. After that the lights went out – except for a small bedside lamp that was never ever switched off. This was also the time when everything went quiet – not a sound to be heard anywhere, apart from an odd freight train travelling south on the Kilmarnock to Carlisle line, which was more than a mile away from my house. My hearing was acute in those days – not something I particularly enjoyed when an uninvited guest tried subtly to attract my attention.

Thankfully, I became used to waking up with spirit people in my room. Most of them were friendly, but one was really nasty and used to scare the wii fit out of me! Sometimes, I was so scared that I would scream with fright and my mum would come into my room and reassure me that it was only a bad dream – just as the spirit people in my room would shake their head in disagreement. To be fair, my family might not have been experts in anything supernatural, but at least they were there for me, even if it was just to comfort me with relatively pointless reassurance.

However, when I reached the age of 16, my parents and younger sister would always go on holiday without me. I was now working and chose instead to go on holiday with my friends – how grown up was I? And I was a big boy now so surely I could stay in my big scary house all by my lonesome - even though, if I screamed in terror, nobody would come to my rescue! It’s fair to say that when these periods of solitary habitation occurred during my late teens, I was literally swamped by paranormal activity. This left me with the conclusion that the more you fear the world beyond the more you become aware of its capabilities.

Which all now leaves me with a bigger dilemma. My son is 11 years old and is beginning to become more aware of the spirit world. He is familiar with the work that I do and we sometimes talk about my own experiences at his age. But should I explain to him that the spirit world is real and that if you try to understand its significance and also its relevance then it doesn’t seem quite so frightening? Or do I just say that it’s all just bad dreams and nothing to worry about? Maybe… but from my own experience that might not stop the fear of ghosts etc.

A few years ago, whilst working in séances, I had the great fortune of experiencing some significant phenomena in my home. My wife’s grandmother managed to manipulate my battery-operated smoke alarm and opened up a communication channel with me. It was rather crude but effective nonetheless and involved me asking questions with the response being 1 beep from the smoke alarm for yes and 2 beeps for no. On one occasion my son witnessed this occurring and was fascinated by the experience, even joining in with the experiment. I explained the process and remarkably he wasn’t scared. It was as if he had witnessed proof of the afterlife so could accept its existence rather than fear what might or might never happen during the night.

Alas, other spirit people would begin manipulating the smoke alarm during the night and I had no option but to remove the device – thus ending any direct communication. Even so, I hoped that my son would now be able to appreciate the spirit world and the work that I do with my spirit guides. However, I forgot that kids always like to share their experiences with their friends, and I cannot personally involve other children in this type of work for obvious reasons.

So, I have to tread carefully when involving my son in this type of work. Thankfully, he doesn’t have the same fears as I did but he is still too young to fully understand that the spirit world cannot hurt you, and that it is the unknown that most people fear rather than anything real. And perhaps when he is 16 and finds himself alone in our house during the holidays, he won’t do as his father did – and get blind drunk before going to bed!

For the purists, or just the curious – there is a video on YouTube of a certain father and son communicating with a spiritual smoke alarm. Just search for ‘Spirit of Granny Irving.’ Unfortunately the video footage is not great but the evidence is genuine.