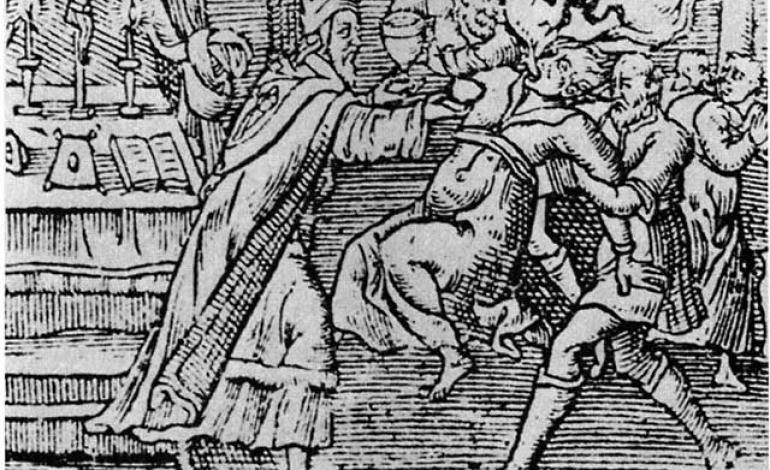 I’ve been investigating the paranormal now for over twenty years; I have mentored under my Pastor Frank Marzulo in my early years and with Bishop James Long for the past five years in Demonology.

I can say beyond a shadow of a doubt that in all that time, I have come across at least seven cases that would have been considered by appointed church leaders as being Demonic.

Why is it that there are so many paranormal teams that consider their cases to be demonic? In fact, why is it that so many clients recently think they have a demon in their home? I think that over the years there have been way too many teams influenced by the all mighty fame and fortune of being on a TV show that have been influenced by TV Producers to sell something as being demonic that in the rush to get that ‘golden ticket’ to super stardom on that next popular show. Demonic anything has been a great selling pitch to the public in an attempt to save a dwindling interest in just your everyday run of the mill ghost hunting show.

I mean let’s face it, ghost hunting is so yesterday in where exorcisms, possession and demons “OH MY” are so much sexier, don’t ya think?

The public at large is being played like a fine tuned fiddle, made to believe that there’s a demon around every corner. Real life clients, already in fear of what may or may not be going on in their home are being presented with scare tactics by TV shows claiming every home now a days comes with a pet demon.

The facts are that the chances of any of us ever having a brush with the ‘dark side’ are slim to none at best. You have a better chance of winning the lotto four times in one month than you do ever experiencing anything that is truly demonic.

There has been a confusion of sorts that has been perpetuated by the media that paranormal teams can take on demonic forces and almost every team now days comes with its own Reverend who more than likely got their Reverend ship from some bogus online website.

The matter of a fact is that demonic anything should always be handled by people qualified to handle that sort of thing, wouldn’t you think that handing it over to the Clergy would be sound advice? I mean last time I checked, the local Priest wasn’t joining a paranormal team to go out to haunted locations to investigate demons or ghost now, were they? No!

You might be saying, “Well Rich, demons are spirits, so what’s so different between a ghost and a demon?” Well for one, a demon has never been human. That is why it is called ‘inhuman’ hence a demon will always fall into the category of theology, not the paranormal.

I think it’s time for us to start realizing that there’s a proper place and time for things and that the paranormal as a community should start being a bit more responsible with these outlandish claims of calling everything a demon.

These are people’s lives that are being played with and people can get seriously hurt, if you think your client may truly be dealing with something demonic then contact the clergy and get them involved before you hurt yourselves or worse, your client.

So! Do you still think you have a demon? Think before you answer that question next time.