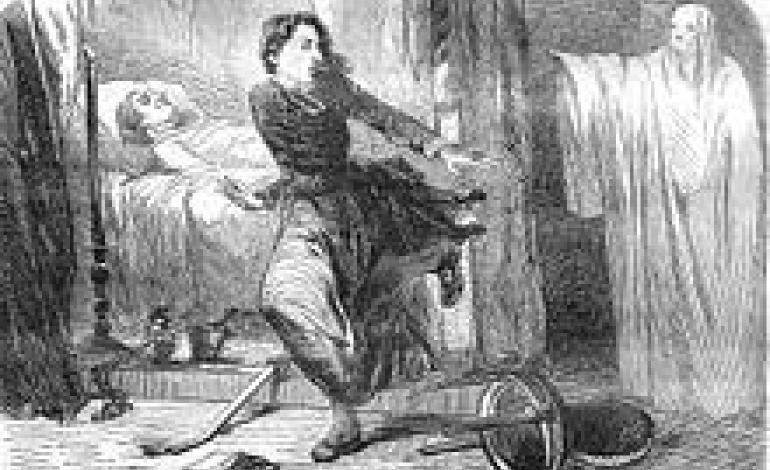 When I hear the word apparition, my mind begins to conjure up of thoughts of a beautiful Tudor lady forgotten in time, dressed in a majestic long white dress, her presence gliding effortlessly down a long winding wooden staircase. An encounter like this has probably only been reported by one fortunate (or unfortunate) person, at the time of their paranormal encounter.

Could this be in relation to the age old theory of the “Stone Tape”? A theory based on the action of human energy that is somewhat dissipated within the limestone, sandstone or other certain types of stone that contains quartz?

Sandstone, granite and quartz are all made up of Silica which is a collative compound of silicon plus oxygen. The Stone tape theory is considered to be both interesting and confusing, and is based upon its main theological actions of energy (human emotion/or other living entity) allegedly being stored within the surrounding area, stone or limestone. This is said to be caused by a certain amount of electrical discharge brought on by an emotionally traumatic event.

As detailed above, most common stone and minerals found all over the planet contain silica which has been proven as a good semi conductor. This is prevalent within many recording formats for example computers and laptops that use micro chips to store endless amounts of data that can then be retrieved at a later date, similar to the illusive apparition un commonly reported from time to time.

So what happened to the white/grey lady that stalks the halls of Britain’s stately homes?

When researching infamous hauntings throughout the ages, I always keep in the forefront of my mind that the element of time itself plays a huge part of an apparition’s motions and distinct yet troublesome actions. I must add, that an apparition does not necessarily mean that someone/something has risen from beyond the grave to pass on a message to the living. Perhaps it is instead that the energy of human nature is reliving the specific moment in time that caused this action, and in turn forwarding their energy into the surrounding area at the time of death.

“Energy cannot be created or destroyed; it can only be changed from one form to another.”

In addition to the Stone Tape Theory, another element that should be considered is water.

Water is deemed to play a huge theological part in hauntings around the world. Is it simply a coincidence then that most of the World’s surface is covered in water?

Personally, and although there is no scientific proof to these bold theories I am a big believer and an avid follower/researcher of apparitions that are in ways favourably linked to the stone/water tape theory. Many famous apparitions/ghosts (call them what you will) are described in most accounts as non interactive or disengaging with the observer. By this I mean that the apparition/ghost seems to be somewhat either uninterested or oblivious to its surroundings and the observers of the encounter or as we may label it “a haunting”

So, are these hauntings simply a recording in time…?

I truly believe so and I am so passionate about this that I would go as far as to personally state I believe that 90% of hauntings in the UK are simply a caption in time in that when certain conditions are correct, trigger the energy from within the fabric of the building or surrounding area and somehow replay the moment of a person’s final moments. Maybe sometimes also their favourable movements replayed from a time when their energy was housed within their human capsule that we call the body.

If we also consider famous ghost sightings from around the country, many witness accounts differ from sighting to sighting and the differing key factors are commonly the colour of the apparition and the sound. If the basis of the Stone and Water tape theories are correct, this may be why the person is reported as being firstly observed within months after their death and has often been described as appearing in a full spectrum of colour as if they were still alive, just like a VHS tape.

The more this image is projected and in turn fades out, it becomes more and more difficult for the viewer to decipher as the picture begins to lose sharpness, colour and then eventually sound.

Stirling Castle in Scotland is reported to have hosted numerous ghost sightings with the apparition taking form in an array of different colours of the spectrum, is this a typical indication of the paranormal action slowly fading with time?

It is difficult to ignore the Stone Tape theory although also very hard to accept without question the sightings and account that favour this theory. Is this why the once observed grey lady from Stirling Castle is now mainly seen in white? Slowly losing the recording in time that was once so prominent and regularly reported from onlookers? All that will be left is the most common of ghostly activities is of course audible phenomena… the voice, distinctive footsteps and materialistic sounds of movement are now the last remaining part of the recording, again a very common report of ghostly phenomena worldwide.

I had recently interviewed a charming young man from my hometown in Sleaford Lincolnshire, England that had experienced a frightening account of what was a remarkable but yet common phenomenon that took place in conditions that were perfect for triggering off the moment of the past which enabled a voice to reach out calling “Please I need you to help me”. My conclusion to this was that it was not an intelligence of such but instead a recording in time.

Following on from my research of the area of the incident, I discovered that there had been a train crash that predominately caused many deaths, including that of children. So again this may be another example of a recording that has been slowly fading through time now finally reached a final stage of haunting in the form of audible phenomena.

These apparitions are impossible to be ignored in the sense that all they are is simply a recording from a forgotten time –although I am sure to the fortunate or unfortunate observer to the paranormal phenomena this can still be a traumatic and horrifying encounter that would likely send chills to the bone.

But please remember…. When you find yourself alone wandering a famously haunted castle ruin, or if you happen to be visiting a stately home with its resident ghostly white lady, you may somehow find yourself having a close encounter with the lady in white…. Just remind yourself of this article and say in your head “it’s only a recording in time”…………………or is it?