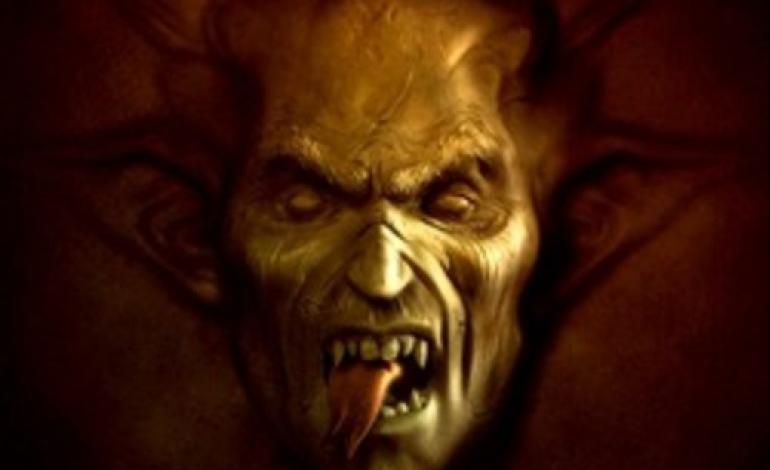 It really is amazing how the personification of evil is making a big comeback. Seriously, one cannot watch a paranormal reality show without your favourite ghost hunting hero either dealing with a demon in a head-to-head smack down royale, or they themselves becoming spontaneously possessed by some inhuman entity. This fascination with the dark side is really nothing new. In the 1970s, the Catholic Church found themselves being swamped with reports from the faithful of how a friend or family member was being possessed by some otherworldly creature. The film The Exorcist really opened the public’s eyes to the possibility that real evil exists and is out to get us.

I get a lot of newcomers to the field who have honestly asked me, “Hey man, where can I find demons?” To which I usually reply, “Hey man, why would you want to go looking for something that you cannot possibly comprehend or control? And, it has the power to destroy your life.” Do they heed my warning? Do I really need to answer that? But, no, Real demonologists, I’m not talking about TV demonologists, but members of the clergy who spend years learning the ins and outs of the Kingdom of Darkness and its citizens will tell you the same thing. Stay away. They have a better understanding when dealing with this realm of the unknown.

Demonology is a sticky situation and can be a dangerous thing. But despite what we have been led, or misled to believe, dealing with a truly inhuman entity is excessively rare. In other words, there are no demons hiding around every corner, watching and waiting to jump out and drag some unwitting human’s soul straight to the bowels of Hell. And it would seem that Western Christianity is not the only religion to have the market cornered on pure evil, but more on that later.

Before I get into what demons are, it really is far more important to clear up those misconceptions that seem to run rampant throughout modern paranormal research and investigation. And usually when I touch on this subject I get a lot of angry responses. I can take it. I’m a big boy.

First off, human spirits do not become demons. Demons, as we understand them here in the West, were once angels who made the unwise decision to follow Lucifer in his rebellion against God and were cast out of Heaven. Demons are an entirely different class of spiritual entity. They are entities that never walked the Earth in human form.

When considering this, I usually get hit with, “Well what about people like Adolf Hitler and Joseph Stalin? Surely they were demonic.” Humans can and does display “demon”-like behaviour, but the whole, the devil made me do it, argument is invalid because, while humans may be inspired and guided by inhuman spirits, this does not make them demons.

A few years ago, I watched an interview with a respected paranormal investigator who made the wild claim that all poltergeists are nothing more than demons. After watching that I thought, wow 130 years of parapsychology was just tossed out the window. Poltergeists in the strictest sense are nothing more than a psychic temper tantrum. Recurrent Spontaneous Psychokinesis may seem violent and demonic, but it is not a demon. RSPK is produced by a person, a focus that is under a great deal of stress, and that stress explodes into the physical environment. However, that energy can attract spirits to it, human and otherwise. So if these three things are not demons, then what are demons and how do you fight them?

In 1614, the Roman Catholic Church found themselves in the same predicament we find ourselves in today. Demons infested our world and were possessing people, causing them to do some very naughty things. So their finest minds got together and came up with the Ritual Romanum or the Roman Ritual.

The Roman Ritual dealt with many different subjects; however, it is exorcism that concerns us. The term exorcism does not mean drive out or expel a demon; rather it means to put on oath. When the ritual is performed it is more about getting the demon to leave on its own accord rather than drive it out. It’s the demon that comes to the conclusion to leave.

Over the years, the church and exorcism have gotten a few black eyes. Exorcisms were performed outside of the guidelines of the church that resulted in a death or two—Annaliese Michel being one of them. It had gotten to the point that the Vatican in 1999 decreed that no person will undergo an exorcism without being first cleared of mental or physical illness. Some mental illnesses, such as schizophrenia or physical illnesses like epilepsy, have been mistaken for demonic possession in the past. Basically, it’s a cover your ass kind of a thing.

So if a person is cleared of illness and yet appears to be possessed, what are the criteria of possession? There are 10 points that any exorcist must consider and must document before taking the case to the bishop as a candidate for exorcism.

3. Cold feelings that seems to surround the possessed.

5. Losing control of their personality. Uncontrollable rages where people are violently assaulted.

6. Speaking in a voice that is clearly not their own.

7. Displaying feats of strength that are contrary to the size and age of the possessed.

8. Speaking a language that the possessed could not possibly be familiar with.

If a person meets this criteria and the priest/exorcist gets the thumbs-up from their archdiocese, then and only then can an exorcism be performed. An exorcism can last anywhere from 2 days to 10 years. Sadly some fails horribly. So this concludes part 1 of The “D” word. In part 2, we’ll go over demon lore of other cultures and religions.