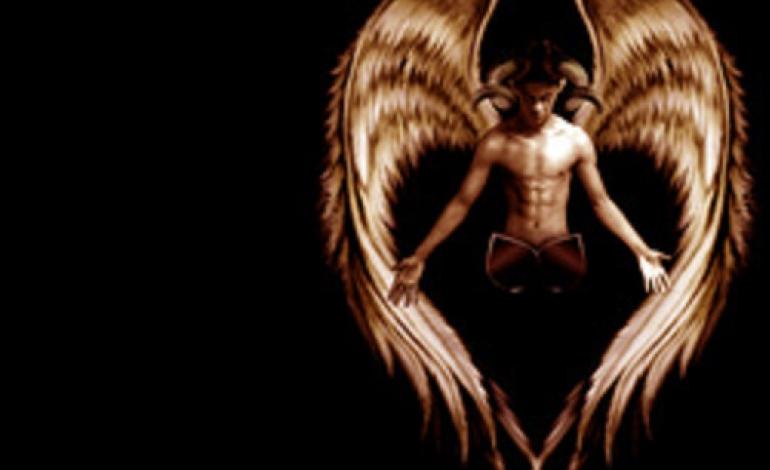 It is commonly believed that when Christianity became not only a major world religion, but a political powerhouse, this powerful new religion would demonize the gods and goddesses of those that they “converted” to the new faith.

In fact, the image of Satan is more than likely based on two gods from different parts of the empire: Cernunnos, the horned god of the ancient Celts, and Pan, the Greek god of rivers, forests, and glens. Christianity also demonized the Fey. They lived in an underground kingdom and had magical abilities. This is considered common knowledge among folklorists. However, it would seem that by the myths and legends of some of Earth’s most ancient cultures, demons and evil spirits bore a clear and present danger to mankind. And you may be surprised that some of these evil spirits and their activities bear a striking resemblance to Satan and his demonic horde.

Mesopotamia In 1938, Samuel Noah Kramer was working diligently to translate the Epic of Gilgamesh from Mesopotamian to English. While translating Tablet XII, he came upon a name, Ki-Sikil-Lil-La-Ke, an unfamiliar deity who he had never heard of before. There was a reason; she was so feared that no one would dare speak her name.

Upon further investigation, he discovered that this individual was a notorious demon goddess from Mesopotamian myths called the Lilith. Lilith was a demon goddess associated with witchcraft and chaos. It is believed that when the Jews were in ancient Babylon, they borrowed this demon goddess and made her, according to The Talmud, Adam’s first wife. Lilith was banished from Eden when she refused to take a sexually submissive position. It was widely believed that she led a horde of evil spirits called the Lilitu, who live in the desert and are dangerous to children. Lilith is represented as a woman with bird’s feet. It would appear that Lilith was not the only demon goddess in Mesopotamian folklore. Lamashtu, was the favoured daughter of the sky god, Anu. When it was discovered that Lamashtu was engaging in malicious behaviour, Anu cast Lamashtu from the realm of the gods to the Earth, hoping that this punishment would cause his daughter to see the error of her ways. It didn’t. Sound familiar?

Once Lamashtu, who is represented as a grotesque hybrid of a lioness’ head and eagle’s talons, continued her evil behaviour. She was known to harass women while they were in child birth. Once that child was born, Lamashtu would abduct the child and carry it away to the outer desert wastes. It is believed that she would either eat the new-borns or turn them into demons.

The Rakshasa are believed to break open tombs and feed on freshly buried corpses. It is further believed these evil beings attack unwitting travellers, drink their blood, and feast upon their flesh. The Rakshasa are still very much feared by modern Indians.

Everyone is somewhat familiar that in China during the seventh lunar month, the Chinese celebrate The Festival of the Hungry Ghosts. The hungry ghosts are ancestors who return from the dead and walk among the living, feeding upon food that is offered to them before returning to the land of the dead. Sounds kind of scary to the Western mind, but it is a major holiday in China.

Although it is the spirits of the ancestors that the Chinese primarily deal with, there is a group of demonic entities called the Yaoguai. These demonic like beings are believed to either be the spirits of animals or fallen celestial beings who acquired magical powers from practicing Taoism. The Yaoguai are concerned with attaining immortality and will abduct and eat holy men to obtain their objective.

Zoroastrianism was one of the first monotheistic religions to come out of the Middle East many years before Christianity. And it is surprising the similarities the two religions share, including the idea of a personification of evil. Ahriman or the Angra Mainyu is the chief opponent of the sun god, Ahura Mazda. His very nature is expressed in the Druj, The Lie, which consists of greed, wrath, and envy.

After being cast out of Heaven, Ahriman created a horde of demons to fight against Ahura Mazda and his angel-like beings. Modern believers in Zoroastrianism believe that at the end of time, Ahura Mazda will defeat Ahriman and cast him into an eternal darkness of pain and suffering for all time. Again, sound familiar?

As we can see, Western Christianity does not have a lock on evil. Personally, as I am not a Christian, I really don’t believe in fallen angels and demonic entities. Someone once told me that these stories of demonic entities are based on the chaotic energy that was left over from the creation of the universe. Over time this energy gained sentience and occasionally torments mankind. I really don’t know about that, but it’s as good a theory as any.