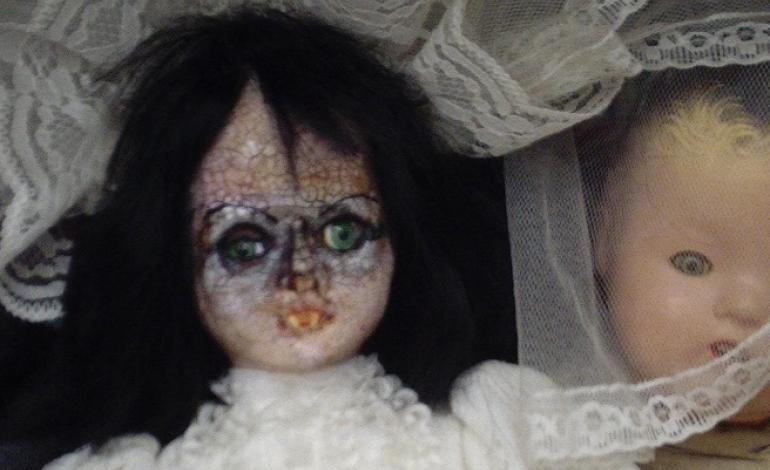 Growing up in a Christian household has had little influence over me as a paranormal investigator. I keep my friendships and relationships with those I grew up with, and many of them have retained their faith as followers of Jesus. One of the most common things I hear from my Christian friends is that they believe that I’m not actually talking to the spirits of dead people, but instead I’m communicating with demonic forces. A few of them even call themselves prayer warriors and deal with dark entities on a regular basis, based on the belief that all they need to do is call upon the name of Jesus and they can quickly vanquish the dark spirit.

My mother was involved in divination and dowsing while she was pregnant with me, and for that she blamed herself for my involvement in the paranormal and the experiences I had. Whether this is true or not, I don’t blame my mother at all, as I believe in the concept of free will and making your own decisions. Specifically, I believe in the age of accountability, which is the age where you are old enough to take responsibility for your sins. If you can’t tell yet, I was raised Southern Baptist, where I learned about the age of accountability. This means that if a child dies before they turn eight, they go to heaven, as they didn’t reach the age to be held accountable for their actions. I believe the same goes for the paranormal. Regardless of this belief, I was having experiences and they scared me. My mother did her best to ban anything paranormal related from the house, and wouldn’t even let me read the Goosebumps books or watch scary shows like, “Are You Afraid of the Dark?”. It was a struggle as I was trying to better understand what I was encountering and yet meeting restriction and rejection when trying to find the answers.

Luckily, I was eventually able to find these answers on my own as I grew older, and I learned a lot about the spiritual world of Christianity as well as the spiritual beliefs of other religions that embraced the idea of ghosts and demons (if the faith even called them that). While my mother reluctantly accepted my interest in the paranormal, I found myself hiding my exploration from my Christian friends due to the fact that I feared judgment and possible ostracization from our circle of friends.

When I encounter a Christian who doesn’t believe in ghosts, I remind them that the Bible references ghosts. For example, when Jesus was walking on water, his disciples thought he was a ghost. When Jesus was resurrected and appeared to his disciples once more, they thought he was a ghost again. This means that ghosts were at least a topic of interest in the time that the Bible was written by man. It is hard to confirm whether ghosts were discussed in actual Biblical times, but historical references in other cultures seem to point us in the direction of yes.

Speaking of the Bible, this is where my Christian friends and myself come to disagreements. According to several Bible verses from Leviticus to 1 Corinthians, there are numerous references to demons masquerading themselves as “angels of light” or as deceased human spirits. The Bible states that once a person dies, their business on Earth is over, and the move on to face judgment from God and are sent to Heaven or Hell. Of course, this is all according to the Bible. So, essentially all of the ghosts that we’re interacting with are actually demons with evil motives to shy us away from God.

However, being a part of the paranormal field for as long as I have, I’ve noticed that hauntings all have different experiences that are both good and bad. A house that is haunted by an old woman is a much different experience than when we are dealing with an aggressive ghost. I don’t know how to explain, but the feeling is much different. Anytime that I’ve been in the presence of a spirit that means to do me harm, my physical body adjusts and readies to protect me. Call it an activation of my defense mechanisms. I don’t experience that “activation” on all of my cases. I truly want to believe that after we die, our free will continues as long as we stay in this earthly realm. It is once that we cross over is when we belong back to God.

When my team deals with clients who come from a Christian background, sometimes we have to put in some extra legwork to determine that what they are dealing with is not a demon. Once the fear of evil has been squashed, I find that the client’s interactions with the presence in their homes take a positive turn. Even if they still want the presence gone, there is a better understanding of what they were dealing with, and they sleep better at night because of it. Their faith is usually the key in dealing with the presence, and often we have found that the spirit haunting the residence was a Christian in life, thus sharing a common thread with the client. The Christian perspective of spirits, ghosts, and mediums, seems to be based out of fear, and I blame man for that, not God. I feel there is a whole other spiritual realm that we haven’t gotten a chance to learn about because man has omitted it from the Bible. If you think about it, there are several books that never made it into the Bible as we know it, and the missing piece of the spiritual puzzle could very well be in one of those books.

I have met several psychics who credit their abilities as being gifts from God, and therefore use their gifts for God. I’m on the inclination of believing this as well. I have a hard time believing that someone who has had abilities from a very young age was “marked” by the Devil to see dead people. But instead, I believe that these gifts can come from God as a way to minster people, both dead and alive.

I have found my faith becoming stronger since being an active member of the paranormal field. I haven’t developed this closeness from church, or talking with my Christian fields. While working in the field, I have seen the power of God work while I’ve been on aggressive cases. I have seen the powers of other faiths work as well. I’ve come to learn that it is all about “will and intent” and our faith has a lot to do with the resolution of our investigations. If you’re working on a case with the intent of giving the client a resolution, your client has to be able to stand behind your resolution methods or they will falter and the haunting will continue as is.

In answering the question in the title of this article, the best thing I can tell you is that you will definitely know when you’re dealing with a demon. This is because there is nothing like being in the presence of evil. You will see and hear things that will defy science and logic. You will feel things that will make you even question your own existence and morals as a human being. But I take comfort in knowing that if such evil exists, then such good (and a more powerful good) exists to counter that evil.

If I had to define a difference between a demon and a ghost, I have to say it is all about the environment. Even if a demon disguises themselves as a good spirit of a deceased human, evil can only go so long being hidden before the sheep’s clothing eventually falls off.