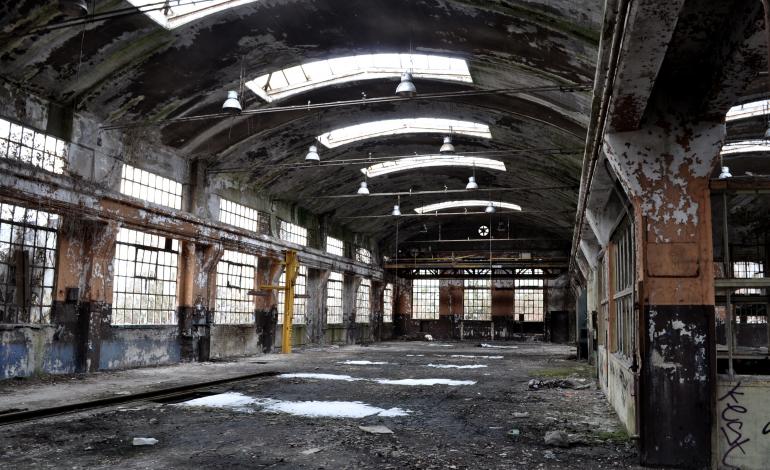 When I started to investigate the unknown in the 1980s and 1990s, paranormal investigations and ghost hunting were not taken too seriously by most of our society. Back in the day, when a person on the street was asked about his or her knowledge and opinion of the paranormal, images from movies such as Poltergeist and Ghostbusters would often come to mind.

To be honest, this mindset is still held by a small portion of our population to this day. Although nearly thirty years old and considerably outdated, Ray Parker Jr.‘s “Ghostbusters” and “The X-Files” theme are still occasionally played as introduction music when a credible guest is interviewed about the paranormal.

Of course, there were some of us who have always taken the paranormal very seriously. Those of who knew about the reality of the paranormal persisted and held true to our beliefs. Finally, our voices began to be heard and people started to listen.

Since the late 2000s, the public’s perception of the paranormal has evolved to the point that it has become socially acceptable and in some cases even end vogue to believe in things otherworldly. According to a 2005 Gallup Poll, approximately 32% of the general population believes in ghosts. National polls in different countries have yielded similar results. Not too shabby.

I believe that this paradigm shift is absolutely fascinating as it gives paranormal enthusiasts a sense of credibility that was really not there in the past. I’d have to think that the internet, social media, and television shows such as Ghost Hunters or Ghost Adventures have brought ghost hunting out of the shadows and has made it an accepted part of our mainstream culture.

However, I’ve notice that a small number of people have simply jumped on the bandwagon and have started to ‘ghost hunt’ without having any real understanding of the paranormal. A smaller number still will use a ‘paranormal investigation’ or ‘ghost hunt’ as an excuse to party, trespass, and vandalize. Sadly, this type of irresponsibility and ignorance has occasionally had devastating results. Just think of the tragic end to Lebeau Plantation in Arabi, Louisiana. In 2013, a group of people went ‘ghost hunting’ while under the influence of drugs and alcohol accidentally caught the antebellum mansion on fire, burning it to the ground.

When I conduct an investigation, I tend to spend the first part of an investigation learning as much history as possible about a location that is allegedly haunted. This would include researching names of people, important dates, significant events, and other facts about the location. When I have gathered enough information about a location, I would then collect rumors, legends, or any related information that may lead some to believe that a location is haunted. Finally, I will search for eyewitnesses to any paranormal activity. This is actually easier than a person would expect, since most often, the people experiencing a haunting are seeking me out. Needless to say, this process can take some time if done properly.

Once I have gathered and researched this information, then I will generally make a visit to a haunted location. Although I tend to remain open-minded, I try to look at things realistically and rationally. I don’t want to simply jump to conclusions; just because there are rumors and legends that a place is haunted do not necessarily mean that it is haunted.

At this point is where I believe that paranormal investigations really can get exciting. A person can still bring all of the interesting technology along to along to capture an EVP or photograph of the ghost. Technology is essential to an investigation, but it is important to remember that there is more to the investigation than simply relying on the technology. It is used to support the hypothesis as to whether or not a location is haunted. It is one piece of a much larger puzzle. That being said, there is nothing more exciting and then to be able to satisfying than to trace EVP or apparition back to a particular person.

To give you an idea of how paranormal investigation has influenced our society, think of Gray Barker’s book They Knew Too Much about Flying Saucers or John Keel’s The Mothman Prophesies. Barker and Keel both meticulously researched information from a large went through a variety of sources (interviews, newspapers, etc.), which allowed them to weave together stories have influenced several aspects of our culture. Think of the movies Men in Black and The Mothman Prophesies. Without Keel’s and Barker’s thorough dedication into properly investigating their respective topics, these stories would likely have not endured over the years.

Ghost hunting has a slightly different flavor than paranormal investigation. As mentioned earlier in the article, the paranormal and especially ghost hunting has received a great deal of positive attention recent years. Although research of a haunted area is conducted prior to the ghost hunt, it is sometimes not conducted to the same extent as with a paranormal investigation. I feel that sometimes the main focus of the ghost hunt is for the people to have a fun and scary experience while in an area that is believed to be haunted. There is nothing wrong with that. To be honest, some of my most memorable scrapes with the paranormal have been on ghost hunts.

Some ghost hunters rely heavily on technology to gather proof of a haunting. This is all well and good, but sometimes a person can have the tendency to focus too much on the technology that they often overlook some the bigger picture. Think about the person sees the ocean for the first time but is so concerned about videoing the sea that they miss the entire experience. I’ve seen it happen all too often.

If a person relies heavily on listening for EVPs or over-analyzing a photograph, there is the danger of finding something that really isn’t there. This phenomenon is known as pareidolia, or finding a familiar visual or auditory pattern in some stimulus that is not really present. Sometimes, a shadow in a photograph isn’t an apparition of a ghost. Sometimes, it’s just a shadow.

That being said, there have been many, many legitimate examples of convincing anecdotal evidence collected during a ghost hunt. Some of the most impressive examples of EVPs and photographs have been captured by people simply going through an area that is believed to be haunted.

Although there are a few subtle differences between ghost hunting and paranormal investigation, I am not going to say that one is better than another. In fact, I think that the two can complement one another quite nicely. I know of paranormal groups that have ghost hunts for the public and conduct paranormal investigations for private individuals. In essence, they can provide the best of both worlds for those interested in ghosts.

A ghost hunt conducted by a group of responsible friends or under the supervision of a tour guide will allow some people the opportunity to know what it is really like to search through a haunted area. For some, a one night trek by flashlight through an abandoned asylum or prison is quite enough to quench their thirst for the unknown. These people would likely enjoy ghost hunting immensely.

However, there are those of us who want to know, who, why, when, where, and how of a place that may be haunted. People of this mindset will likely be more inclined to enjoy conducting paranormal investigations.