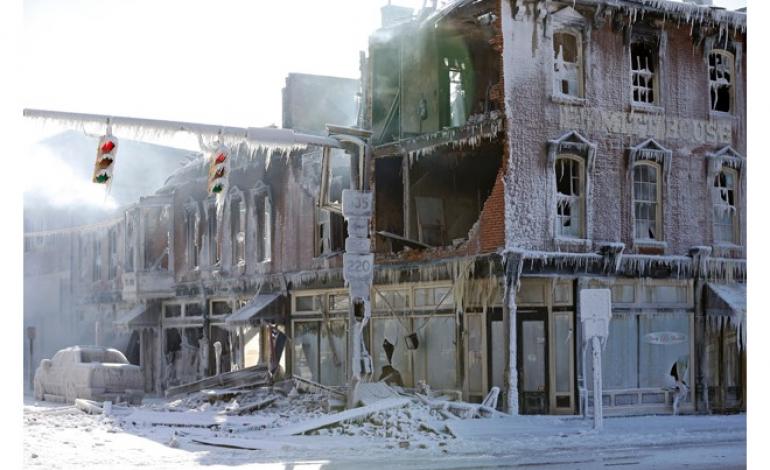 It was a mecca for paranormal activity, what may have been the most tragic years in the nation’s history, during the Civil War 1861. Was the year that a young entrepreneur, James Emmitt built his hotel and restaurant. When you walked into the Emmitt House you felt as if you were walking into the time of horse and buggy days. Where the wealthy, and war soliders came to eat and sleep. Waverly was located along the route of the Ohio Erie Canal and the Underground Rail Road.

As an employee of the Emmitt House you became quite used to the spirits that still lingered in its walls. These energies were still very active and many times playful with us as we worked. To walk through the halls at 2:30 in the morning it was nothing to smell the cigar smoke randomly that was known as Mr. James Emmitt’s, we would even leave him boxes of cigars to keep him happy.

One of the other well-known spirits of the Emmitt was a maid that could still be seen in her uniform. You could drive by and glace up into the upper windows and see her standing out looking back out at you. The ladies who worked at the First National Bank would also call from time to time to see if any of us were playing a joke. They would say they could see someone standing out watching them work their drive thru lines.

These children were said to be part of the Harper Family that had come to stay at the Emmitt House and was almost completely taken out by small pox during their stay. You could see the little girl standing at the top of the stairs that lead to the second floor where the owner’s office was. She little girl like to play jokes and play she would often scream into the microphone while Michelle would be having meetings with all of the employees.

The basement of the Emmitt was a completely other story and terrifying place to go I refused to ever go down there myself. We would have to go down there to change the syrup for the soda machines. The soda was set up against the wall where there were still openings that they used to hold and hide runaway slaves during the underground railroad, people would say that they would see a set of red eyes come from these openings. I remember many times Michelle and Pam coming down from the offices on the second floor and calling the “Emmitt Physic,” yes they even employed a medium that they kept on call for when the spirits would get a little too active during business hours.

They would even hold exorcism on the basement when the activity would get too high or when an employee would get chased out of the basement.

The historic building, had also gained exposure on an episode of SYFY Network series “Haunted Collector” in March of 2013.

Sadly on January 6th 2014, fire erupted on the second floor of the Emmitt House it spread quickly. The fire was reported just before 8:30 pm. About 60 firefighters from several areas fought the fire. The cause of the fire was never determine, and the question that runs through my mind where did all that energy go with the Emmitt House no longer standing to contain all it within its walls. I believe this is not the last we have heard from the Emmitt House spirits and that they may have a new story to tell of house their beautiful home came to an untimely end.