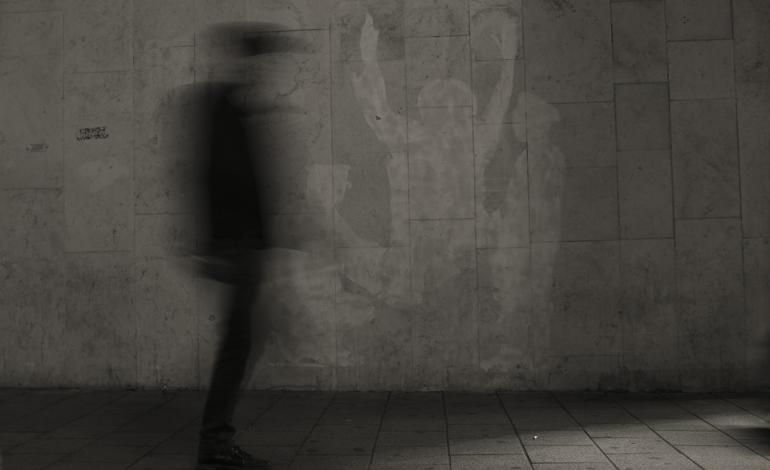 Tony Ainsworth hadn’t visited his mother for a while and decided to make a surprise visit, complete with the wife and five kids, arriving very early one morning. Tony’s Mother was pleased to see them all but concerned she hadn’t enough food in for breakfast to ‘feed the five thousand’, as she put it. Tony explained there was no need to worry or be concerned as he would go and get things for a cooked breakfast from the corner shop. To this day he will never understand why he walked to the corner shop in Cromwell Road, as he has a philosophy in life, never stand when you can sit, never sit when you can lay and never walk when you can get a taxi.

This day he walked the few hundred yards to the shop but Tony could have so easily driven. The trip was without incident the food bought and as he was returning to his mothers’ home at around 8.15 am. In the distance Tony could see a figure stood on the pavement and thought it was a man he knew called Adam that he had known since his childhood. They were not related by blood, he was someone who was quite a bit older than Tony, someone who had always been there in the background but he did not really want to get into a conversation with him as he knew he would be there for ages and he really wanted his bacon and eggs! Tony held his head down to make himself as inconspicuous as possible and went on walking, but there was no escape; Adam had spotted him and delightedly called out to Tony and that was it. He had been captured.

“How’s your mother, how’s the kids, what are you doing these days?” It was the usual grilling from an old man long since retired and basically living alone and lonely. The conversation seemed to drag on and on and despite shuffling his feet, muttering about his mum and the wife waiting and everyone being hungry, it fell on deaf ears…every means of escape was blocked or thwarted. Eventually, he did finally manage to break away and hurried back to his mother’s house where he was met with a certain amount of hostility. “Where have you been shopping?” she asked “London?”

Tony explained he had been delayed on his return by Adam In Cromwell Road and that should have taken care of the problem but his mother seemed confused and asked “Which Adam, Adam who?” Tony replied, somewhat impatiently “Adam! Shirley’s Adam, clothes shop Adam, that Adam you know!”

“Ho I know alright Adams been dead seven years if it’s a day, you’d better come up with a better excuse than that one!” His mother scoffed, standing with her hands on her hips and looking him straight in the eye. Needless to say this was something of a surprise to Tony and he felt his heart stop for a moment and the hairs on the back of his neck rise.

The shock nearly killed Tony and he often wonders what passers-by on their way to work and the local school had thought seeing Tony talking to a ghost-or perhaps Tony was the only one who could see Adam, and he had appeared to be talking to himself!

Adam was as real flesh and blood as anyone reading Tony’s story is, but for over thirty minutes Tony talked to a ghost in broad daylight and didn’t know at the time he was doing it. It’s a strange world and this event changed Tony’s life, bringing a greater level of understanding and belief so that in later years Tony became a spiritual healer and exorcist.

Sadly shortly after writing this, Tony Ainsworth passed away. He is sadly missed by so many people, he was definitely one of the Worlds characters you loved so much.