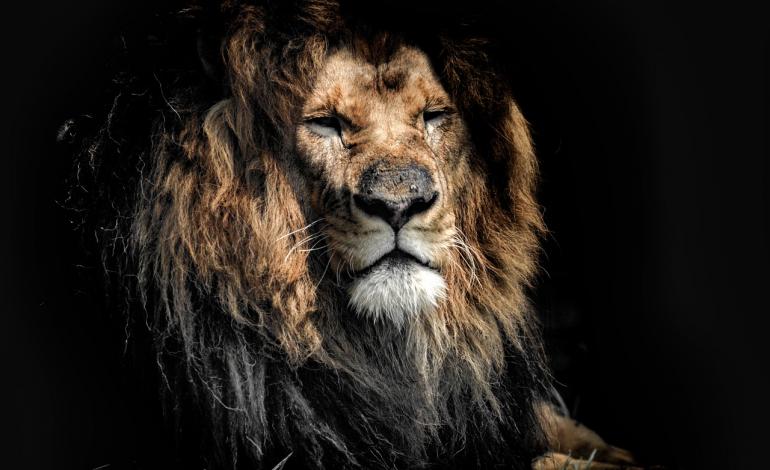 There is no historical marker, No brass plaque or Grave stone but the legend says that an old male lion named Pete was and still is buried behind the local historic Howell theatre. During a time before the start of black and white films, in the vaudeville era of stage acts such as circuses, magicians and plays. For whatever reason that Pete died on that day and was buried behind the theatre, whether it was from old age or sickness.

His spirit is still there and he makes his presence known, Alot! So it should not have been a shock to my system when ghost hunting recently at that theatre when a sensation hit my chest and several of the other investigator’s chests. That same feeling swept through most of the team as we entered the loft area at the beginning of the investigation’s tour.

This loft area was Pete’s home territory and his favourite place to sleep. “Pete is very grumpy when he wakes up from his naps!” the theatre’s historian & tour guide tells us!. The next few minutes were spend by many of the team feeling tightness in their chest, pressure moving into their shoulders and headaches. These symptoms were slow to meld away and stayed with many of the team members for quite a while. As each team member prepared to go investigate, we were all hopeful to get a glimpse of the lion’s shadowy form or better yet an EVP or AVP of the old lion vocalizations.

I sat down on the theatres stage. In front of the loft area and started softly talking to Pete, I realized we had experience his roar already. It was that wave of infrasound that hit all of us that produced the chest discomfort and headaches.

Infrasound is a sound wave just under the human range of hearing. Lions, whales, elephants all use a form of infrasound. It can disorient humans but it is a normal means of communication to species that can produce it. It has even been speculated that Bigfoots use infrasound to make vocalizations.

Human hearing picks up sounds from between 20 to 20,000 Hz, The infrasound produced by a lions roar hits at 18 Hz. Scientists and biologists have documented that this blast of infrasound actually paralyzes the lions prey and helps the lion to catch its prey. In other species this sound can be used as a warning call, a mating call or for hunting practices.

The infrasound used by elephants can be heard by other elephants six miles away. These sounds are a means of communication that human ears are not meant to hear. The average range being 15 to 35 Hz for elephants. Whale species like that of baleen humpback whales range from 10 to 31 Hz, and travel even further in the open waters of the ocean. Sumaterian rhinos have one of the lowest infrasound frequencies at just 3 Hz. Even alligators use infrasound as their mating calls.

The effects of infrasound on the human body can range from headaches to nausea. Symptoms include dizziness, annoyance, fatigue, tinnitus or ringing in the ears, heart palpitations or feelings of high anxiety and a general feeling of pressure on the abdomen.

Sitting on the cold dark stage, I softly called to Pete and asked him to gently make his presence known before I sang him the song the lion sleeps tonight by the Tokens. My reward was my K2 meter lighting up repeatedly and the pendulum a fellow team was using being batted wildly by an unseen paw, similar to a kitten slapping a feather on a string. I ask questions and get little flashes of light on my K2 meter.

“Hey, big kitty. Did the lion tamer ever put his head in your mouth? “A flash of lights from the K2 briefly luminated the darkness.

“I bet you wanted to bite him every time” the lights on the K2 races from dull green to bright red.

I tell my human team mates a story about the time I visited circus world and the K2 meter again lights up.

“Pete, did you winter in Baraboo, Wisconsin. Was it a cold place where you stayed during the snow season? The lights of the K2 blip between green and yellow.

“Pete, do you like catnip? I have heard that both house cats and big cats like you all adore catnip!

Would you like it if someone brought you some? The K2 meter flashes once and the once swinging pendulum starts to go slow.

“It’s ok, I know kitties need their naps, we will go now and let you be.” The K2 meter goes dark and the theatre still.

We all take our leave of the room and wish Pete a peaceful nap.

So can the ghost of a lion use infrasound as a means of making his warnings known? I now believe so, and if you ever have the chance to go on a ghost hunt at the historical Howell theatre in Howell Michigan, consider leaving a few leaves of catnip behind the theatre for Pete.