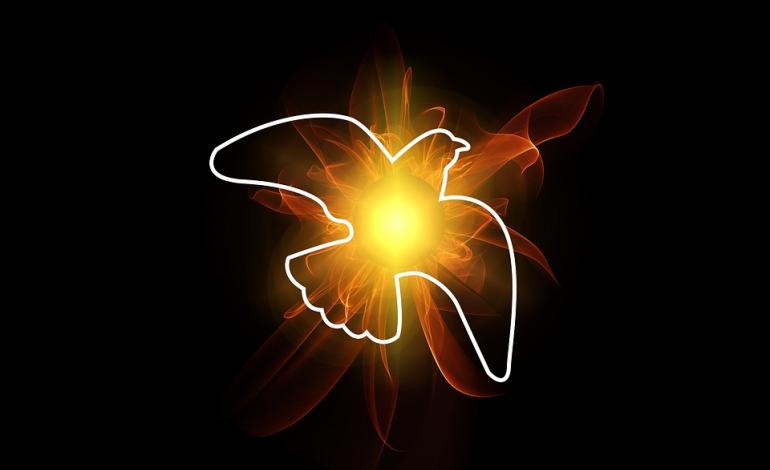 A lot of Christians believe that Jesus existed before he came here. This is absolutely correct. The Holy Trinity are the three most powerful good beings in existence and have been around for a very long time. What Jesus did was transferred his consciousness through the Higgs field (and I mean the embodiment of himself) and the Higgs field is universal consciousness, down into planet Earth’s consciousness and into his mother Mary. He was able to do this because of the nature of his power. He was born again through Mary and developed in the structure of a human body. He had to do this to introduce the divinity of consciousness and energy from the 5th dimension into world consciousness and the human race for evolutionary purposes. I discuss this in much more detail in my book which will be available for purchase through bookstores and online in about a week.

While Jesus was evolving here he exemplified spirituality and love in an extremely powerful way. He was a spiritual teacher and leader here, and helped many. You have probably heard before that Jesus went through some experiences of suffering. He did this to help planet Earth and the human race. He also experienced this element of consciousness here due to his evolution. Anytime someone goes through evolution there is resistance to evolution, and it’s a natural part of the process. With resistance there are different levels of suffering. As soon as a human being is born into planet Earth’s environment their consciousness starts evolving. Human beings go through different degrees of suffering while they are evolving here. Jesus’ consciousness while he was here was much more powerful than a human beings and he was evolving in Earth’s environment. This is why Jesus had a difficult time sometimes been because of that fact and his love is much more powerful. But because he is Jesus his will is much more powerful so he endured and made it through difficult times.

The Holy Spirit does the same thing Jesus did with the transfer of his consciousness down into planet Earth. Jesus told his disciples as stated in the book of John that he would send for the Holy Spirit. The Holy Spirit is also referred to as the spirit of truth. The Holy Spirit transfers his consciousness down into a woman and is born here as well. He does this to complete Earth’s evolution and assist with the shift in consciousness. Apocalypse means a revealing of knowledge. The Holy Spirit is called the spirit of truth. He is also known as the comforter and the advocate. This is exactly what he will be doing, is telling the human race the truth about existence, planet Earth and themselves. It’s about revealing information that has yet to be known here about everything. It also states in the book of John that he will be with you forever. This means that the Holy Spirit will stay here on planet Earth, help everybody and fulfil the promise in the Lord’s Prayer about Earth representing eternal life like Heaven.

People will not know that the Holy Spirit is evolving here. He will look human and have maintained a regular life like a human being. What happens is at a particular point in his life his consciousness will start evolving in a very powerful way. His consciousness will transfer into God’s home attach itself to God and Jesus and continue transferring throughout existence to assist with the change that existence is going through with the shift in consciousness. The Holy Spirit endures a lot of suffering here through his journey as well. This is to prepare him for the purification of planet Earth. Planet Earth is a living organism with a consciousness. Earth goes through evolution first and heals then all life form follows after he makes his public appearance. He has to do this, this way and facilitate the change with life here because if everything started changing with people and animals and such due to evolution everyone would become very frightened because they wouldn’t know what to expect.

The Holy Spirit goes through different degrees of spiritual and emotional discomfort for the same reason Jesus did is for Earth and the human race. Also all the suffering that has happened especially in the last 2000 years contained within Earth’s memory and consciousness transfer through the Holy Spirit and away from Earth and the consciousness of Earth is purified. This is what they meant in the Bible when they said the Earth will be baptized by fire. Also the Holy Spirit is called the spirit of fire. The fire consciousness associated with Earth’s evolution is due to the shift in consciousness representing purification. The Holy Spirit will continue to evolve with Earth and his consciousness will continue to get more powerful and a time will come when his body will start changing (and I mean DNA and improving towards perfection in anatomical structure) and he will be able to transfer his love into others.

Jesus healed others while he was here. Things are much more powerful with planet Earth now and the shift in consciousness will be undergoing completion here for existence in its entirety. The Holy Spirit will be healing people and giving people eternal life here as stated in the Lord’s Prayer. The Holy Spirit is actually the one who comes like a thief in the night. As his consciousness evolves he will represent love and truth in a very powerful way with people but will not be in the public eye like a religious or spiritual icon until he starts becoming more powerful. When he realizes his full potential he will notify the government first then the public will be notified. He is here now and is well aware of everything that’s going on; he just can’t start telling people who he is because nobody would believe him. He will be showing everyone though when his evolution becomes more powerful and wonderful changes with Earth’s inhabitants will start to take place. Trust me he is evolving here now