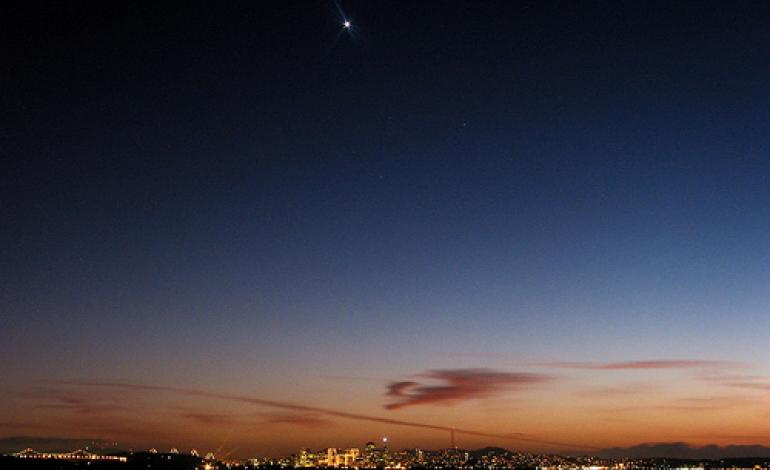 Venus. The Morning Star. The Evening Star. Light. Dark. No other symbol has been so loved or so hated, in equal amount. Depending on the name we decide, Venus is either the epitome of Love or the epitome of Hate. Or just a bright, shining planet in the sky, appearing at dawn or dusk. It is often symbolic of all that is feminine: Woman – another object loved and hated in equal measure by society.

My intention in writing this book is to show how society has both revered and demonised anything associated with this one celestial entity. From goddess to fallen angel and demon, Venus has enraptured and repelled humanity.

I will take a chronological approach, showing how Venus was originally worshipped by many ancient religions, in both feminine and masculine aspects. As this kind of equality waned, with the advent of new patriarchal religions, both the goddess – and women, generally – became “fallen” in the eyes of their oppressors. Is it coincidence that Eve was the name of this fallen woman? Is Eve symbolic of the Evening Star? The name seemingly comes from the root word “to live”, but is also very like the Aramaic word for “serpent”; also a symbol, perhaps, of death. Life and death. One symbol. Two opposing meanings.

From here, I will look at the demonisation of all that was once good, and the names we have been mercilessly taught to hate throughout the centuries. This kind of hateful rhetoric has permeated our society, and may be partially responsible – if not wholly – for the irreverence and disrespect shown towards women of the past and present. Women, in particular, who were (and are still) executed as witches – clearly society’s scapegoat for those uncomfortable with female sexuality. We associate witch hunts with the Middle Ages and Catholicism, but witch hunting has been around since antiquity, and it continues to this day in places like Africa. Many societies are extremely uncomfortable with, and fearful of, feminine sexuality. From witch hunts to female genital mutilation, women’s sexuality has always been controlled in some form or another, sometimes subtly, sometimes violently.

As a singular entity, society can be viewed as having an almost multiple personality in its approach to how it feels about the Feminine. On one hand, the Feminine is respected, on the other it is controlled, humiliated, beaten and raped of any individuality or strength. It is a constant power struggle between loving someone wholeheartedly, and violently oppressing them, which must surely come from a lack of identity, feelings of insecurity, fear and ignorance on the oppressor’s part.

As we are brought into the dawn of the 21st Century, we are once again seeing the light of the Goddess. New religions are springing forth which revere the feminine aspect of deity. With it, there is a change in how women themselves are perceived. In many parts of the world, they – like the Goddess – are becoming stronger and more respected. Balance is being restored to our consciousness, and this can only be a good thing. Venus, the Goddess of love, beauty and harmony is bringing all these things with Her, which must surely herald a time of peace on earth. One would hope that it does not mean an end to the Masculine Divine, as balance is key to harmony. Which is the primary reason that, even as a pagan, I am not averse to the principles of Christ.

Many are choosing science over religion, as patriarchal faiths alone do not fulfil the human need for balance. Many atheists (in particular) are becoming focused on the negative aspects of religion, which deliberately oppresses and controls. Of course, the men at the top of these hierarchies are responsible for this oppression and control. This makes little sense to us, as the purpose of spirituality is to comfort us and free the psyche, connecting us with the life force or Divine. I suppose, to believe in something bigger than ourselves, gives us hope that our lives on earth are worthwhile and have meaning. Which, of course, they do in any case. With or without religion. However, it also helps us to live in harmony with one another.

Since we have been out of balance and ruled by oppressive forces, with the Divine Feminine hidden, we have lived in a power-hungry state. Parts of the world are in turmoil at the moment, but nevertheless, we are seeing positive changes. Even within Catholicism, a movement towards a more integrated belief system can be seen under the guidance of Pope Francis. It is not entirely balanced, but it is definitely a step in the right direction. Perhaps a further restoration of the Divine Feminine within the Church might be to bring Mary Magdalene out of the darkness too. Perhaps now is the time for her to stop feeling guilty about being a beautiful and sexy woman. Whilst the Virgin Mary and Mother Mary are evident and familiar, these show that women only have two roles in society: to be virginal or to be a mother. Women do not necessarily fit neatly into either category. In fact, in many pre-Christian and modern non-Christian faiths, the Goddess is symbolised by the three ages of Woman: maiden, mother and crone. Three different women called Mary were at the foot of the cross. Mary, her sister Mary and Mary Magdalene. Mary. A name which may mean death/bitter or love. Another opposite. Which, in Aramaic is also translatable as “lady”.

I will unravel the intricate mysteries of Venus in this book, showing the many various faces of the Goddess and the symbolism of this hot, celestial beauty. Furthermore, I will also aim to show the effects of society’s changing beliefs on, not only the Divine Feminine but also the women of the world throughout the ages and throughout a woman’s life-cycle. From reverence and awe, to complete and utter rejection. They say there is hidden treasure in The Vatican. There is. It is The Goddess. It is Woman. It is Mary Magdalene. It is Venus.