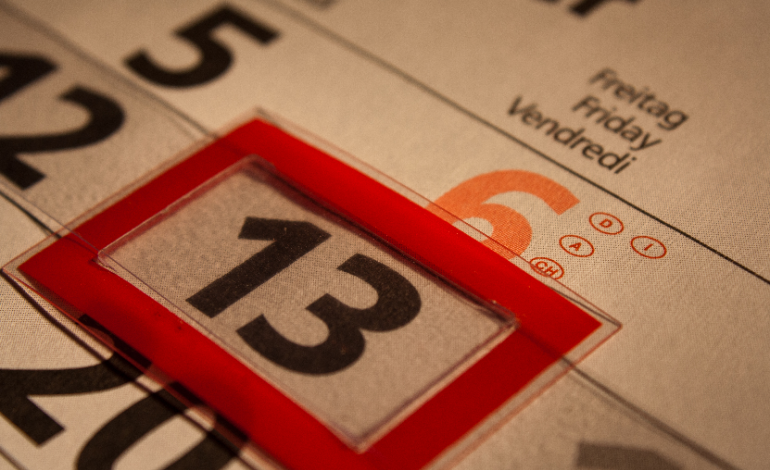 In modern times, it’s taken for granted that Friday the 13th is an inauspicious day, but that wasn’t always the case. Until the late 1800s, no one felt that Fridays that happen to fall on the 13th day of the month were anything special at all. The fear of the number 13 has been given a scientific name: “triskaidekaphobia”.

Exactly how the date became known as an unlucky one is not clear. Certainly the idea was firmly implanted in the cultural consciousness by 1980, when the film “Friday the 13th” was released. The hockey-masked villain of that tale, Jason Voorhees, has taken on a life of his own, driving 12 films as well as multiple novellas and comic books.

Credit for popularizing the Friday the 13th myth often goes to Capt. William Fowler, a noted soldier who rubbed elbows with former presidents and other high-profile people of the late 1800s. Fowler noticed that the number 13 was woven throughout his life (he went to Public School No. 13 in New York City, for example, and fought in 13 Civil War battles), so he decided to combat the “popular superstition against thirteen,” according to his obituary.

Fowler started a society called the Thirteen Club, which held its first meeting on Sept. 13, 1881. Guests walked under crossed ladders to a 13-seat table festooned with spilled salt. It was a notable party and repudiation of superstition.

In fact, all Fowler proved is that 13 was considered an unlucky number, a tradition that may go back to ancient mythology. According to Donald Dossey, author of “Holiday Folklore, Phobias and Fun” (Outcome Unlimited Pr, 1992), a Norse myth told of a dinner party for 12 gods at which a 13th guest showed up uninvited. The gatecrasher — the trickster god Loki — shot the god of joy and happiness, Balder. The Christian tale of the Last Supper likewise holds Judas, Jesus’ betrayer, as the “unlucky” 13th guest.

Friday has also been considered an unlucky day in Western tradition. E. Cobham Brewer’s 1898 “Dictionary of Phrase and Fable” claims Friday as the day that Jesus was crucified and perhaps the day that Adam and Eve ate the forbidden fruit in the Garden of Eden, according to Christian beliefs.

Another suggested origin of the superstition—Friday, 13 October 1307, the date Philip IV of France arrested hundreds of the Knights Templar who were eventually put to death—may not have been put together until the 20th century.

For me, it’s just another date in the calendar!