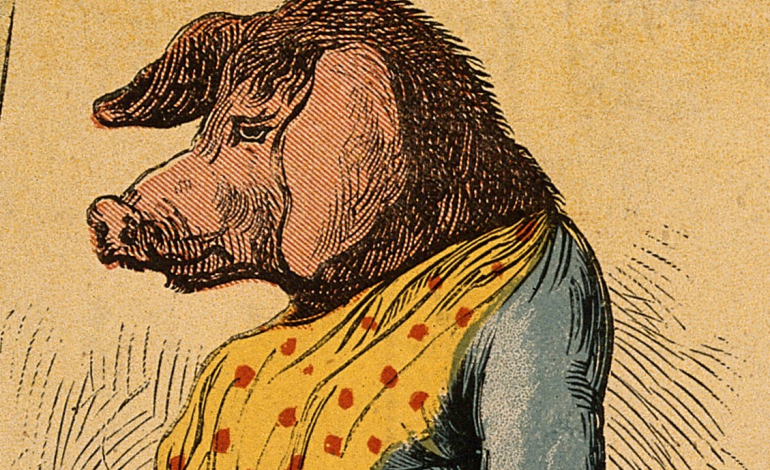 Every town has its secrets to hide, its legends. Hillsborough, New Jersey is no exception to that rule. It is said that on the lonely stretch of Roycefield Road if you call out for the Pig Lady three times, the ghostly apparition of a woman with the head of a pig will come for you. Legend has it that she will even scratch your car or yourself.

Like every good urban legend, there are several variations to the story. The main one claims that a secluded pig farmer’s wife gave birth to a horribly, disfigured daughter that was so repulsive the farmer cut off a pig’s head and placed it on top of the girl’s. The young girl was teased and taunted without mercy until her mother succumbed to an illness and died. The disfigured girl then took an axe and chopped off her own father’s head and replaced it with that of a pig. The couple were then buried in the backyard of the farm.

The girl went on with her life, trying to avoid people and their mocking tones. One day two teenage boys discovered the girl and teased her. The youths returned later that night and was said to have placed a decapitated pig’s head on her door. The boys were never seen alive again.

The daughter of the pig farmer died a few short years later. After her death, they dug up the flower garden and discovered the remains of her parents, and the two teenage boys.

Now it is said that if you call out for her she will appear with an axe and chase you down. If you are left behind, legend has it that she will scratch you with the axe, leaving you bloody and scarred.

In another variation of the legend, the Pig Lady was decapitated by her husband. If you are driving down Roycefield Road at night and honk the horn on your car three times, a glowing pigs head will appear.

There are many legends like the Pig Lady all across the United States, including the tale of the Donkey Lady in San Antonio, Texas or the Goatman in Maryland. Many legend trippers venture to these hotspots of paranormal activity searching for a truth they may never find. Maybe driving down Roycefield Road one night, someone will come across the axe wielding Pig Lady and discover a truth that they don’t want to know.