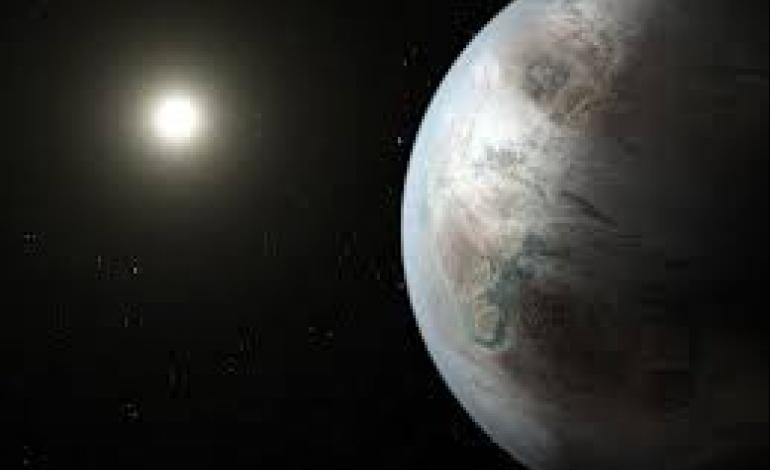 Something I heard quite some time ago was the phrase in the Lord’s Prayer that state’s “thy kingdom come thy will be done on Earth as it is in Heaven”. When I started doing work in metaphysics I was doing a good amount of research in theology. I had also remembered that someone had told me that Jesus said “the kingdom of Heaven is within”. When I started doing work on the shift in consciousness, I put two and two together and realized what that verse in the Lord’s Prayer meant. It means that when a level of self-actualization by the incorporation of the truth is reached here globally that eternal life would evolve on planet Earth just like it exists in the 5th dimension, which is God’s home.

Eternal life is evolving here due to the transfer of consciousness and energy and the activity that is happening on planet Earth on a global level. When I say global level I mean all of the activity that is happening at once on Earth; within Earth’s consciousness. Planet Earth is located in the Milky Way galaxy, and this galaxy is over 13 billion years old. This galaxy is almost as old as the universe itself. This means that the Milky Way galaxy was one of the first galaxy’s to be introduced into existence. I theorize that the Milky Way was the first galaxy to ever be created. This is because Earth represents the birthplace of recreation through the shift in consciousness. This also means that the Milky Way is the closest galaxy to the origin of where the big bang occurred.

There are some primary reasons that are contributing to the introduction of eternal life here. The Higgs field is evolving here which is universal consciousness. A primary indicator of this was the discovery of the Higgs Boson in 2012 and the introduction of some new subatomic particles in Earth’s environment discovered by CERN in Geneva, Switzerland. The Higgs Field is a universal energy field that encompasses everything in the universe that all organic matter evolves through. This is the foundation for all life in existence. The reason that it needed to undergo evolution is because of the pressure that is contained within the first 4 dimensions of existence. The reason this pressure is so powerful is the concentration of light and dark energy in the first 4 dimensions. Light and dark energy when combined create pressure due to polarity, and the area closest to the origin of the big bang has the most powerful concentration of both. We are located in this area on Earth.

Because the pressure has been so powerful here the Higgs field hasn’t been attached to living organisms the same way as it is in God’s home. Life is eternal in God’s home because the variation in the mixture of light and dark energy is different and God, Jesus, animals and other life there are attached to the Higgs field in a much more powerful way. Also God and Jesus live there and they are eternal, but they got their eternal life from universal consciousness. The reason death is experienced here is because the Higgs field contains so much pressure within its structure and that pressure causes consciousness and energy to separate away from planet Earth.

Reproduction and the introduction of life here with all living organisms are happening within fractions of a second consistently. The human population has expanded and accelerated here in a very powerful way over a relatively short period of time. So has the population of animals and insects as well. All of this has happened as a result of reproductive activity. This is an increase in the energy of life itself globally. Human beings carry the concept of infinity or eternity within their consciousness. The energy of all life here is connected through the Higgs field here. This means that the consciousness and energy of life itself and the concept of eternity has been accelerating an evolving. This activity from living

Organisms coupled with the concept of eternity have been transferring into the Higgs field. The Higgs field has eternal life incorporated into the consciousness and energy of its structure because infinity exists.

Life from here has been transferring into the Whirlpool galaxy where eternal life exists, and life there knows that it came from here. This means that consciousness and energy are attached through the Higgs field between the 3rd and 5th dimensions. Jesus transferred his consciousness down into planet Earth, through the Higgs field, and into Mary and went through evolution a second time to introduce consciousness and energy from the 5th dimension into planet Earth and the human race. He did this for a few important reasons but one of the main reasons was to help universal consciousness evolve here through the connection with the 5th dimension. This also had to be done in preparation for the Holy Spirit’s evolution here.

He completes the shift in consciousness here and the evolution of universal consciousness within planet Earth’s environment. His consciousness, God and Jesus’ consciousness, the 5th dimension and the entire human race here and there become connected and eternal life is achieved on planet Earth for all of its inhabitants. The reason he is called the spirit of truth is he reveals the truth about the nature of existence to everyone here and they reach a state of self-actualization and are able to access the kingdom within themselves. This is the meaning of the Lord’s Prayer. Also the meaning of apocalypse is a revealing of knowledge. This is what causes the apocalypse to happen is the Holy Spirit bringing the truth to planet Earth. Life expanding and accelerating here with energy, the consciousness and energy that is connected to God’s home, Jesus’ evolution here and the arrival and evolution of the Holy Spirit is the reason eternal life is evolving here now on Earth