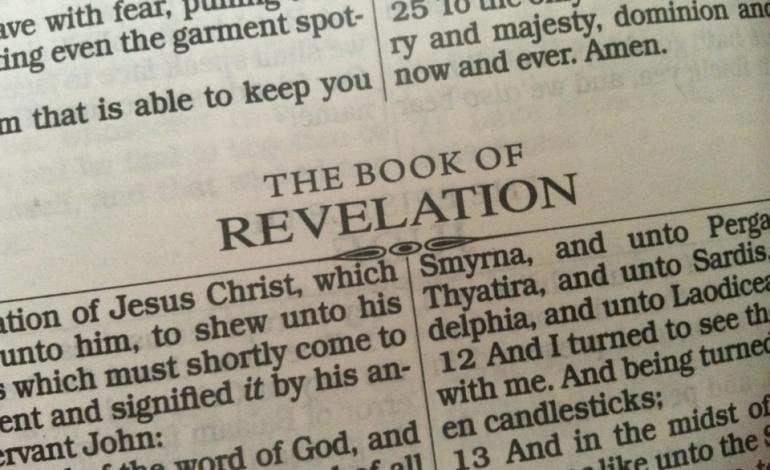 Revelations as considered by most is the most powerful and illustrative chapter in the Bible. A lot of people that have read that chapter have probably thought to themselves how individuals could come up with literature of that nature. Planet Earth and human consciousness was much different a long time ago. There was a lack of industry and technology, and a very powerful focus on the natural and spiritual realm of existence. The use of peyote, psilocybin mushrooms and other organic hallucinogens date back at least 5,000 years.

People back then did not understand agriculture as far as chemical compounds in plants like they do today. When people used psychoactive plant life back then the experience was much more powerful for them because of the lack of understanding of pharmacology, brain chemistry, the human body, Earth’s environment etc. People then did not see religion the same way as people now do because there has been a lot more exposure to information associated with God, Jesus, the Holy Spirit, Heaven ( also known as the 5th dimension ) and certain aspects of theology which have been studied and interpreted for a long time now. Even though human beings have been around for a long time a lot of practices were in the beginning stages back then concerning philosophy and certain ideologies.

When people ingested psychoactive substances back then they related their experiences as being extremely powerful in a spiritual and religious nature. They most likely saw plant life like this as food from the Gods because of their experiences. A lot of predictions were made about the future back then most likely due to psychedelic experiences. This is not to discount any of those people’s experiences either. In fact a lot of the things they saw and experienced concerning the future were very real. Because the Earth was in a much more natural state and the population wasn’t nearly as it is today the level of energy was much different back then as well. The Higgs field is a universal energy field that is attached to planet Earth. It contains all the information about the universe in its structure because it is universal consciousness. Universal consciousness is attached to infinity, so the Higgs field contains the past, the present and the future within itself.

When people use psychoactive properties like these they automatically change the structure of reality in the individuals consciousness in the 3rd dimension which is where the Milky Way galaxy is located and can allow a person to see more information that is actually occurring. People cannot see or are exposed to what is really going on in existence because of the state of evolution that their consciousness is in consistently here. This has to do with DNA and evolution. When people back then gathered themselves together for spiritual rituals or religious ceremonies it was very serious in nature and they were seeking answers of a divine nature or information from God or the Gods. This is how some predictions about the apocalypse were formed and other things that have been predicted about the future.

Revelations was written between 60-95 A.D. after Jesus made his ascension into the 5th dimension where his home is located. Very powerful spiritual warfare was happening while Jesus was evolving here and sometime afterward. Also while Jesus was here going through his evolution Earth’s consciousness was transferring through him for purification purposes and for the preparation of the apocalypse, the final war between good and evil and the Paradigm shift; which is all happening now. A lot of Earth’s consciousness went through a very powerful spiritual awakening while Jesus was here and a while after he ascended. Also existence in the 3rd dimension was in a very powerful state of affairs.

When revelations were written most likely those people were looking for more answers concerning Jesus’ ascension and what the future held. They most likely engaged in ceremonial activity and recorded scripture. If God, Jesus or the Holy Spirit were completely responsible for giving human beings messages, information and visions I can promise you that it would have been crystal clear to individuals and without fear being incorporated into anything. The chapter in revelations is somewhat confusing, very powerful in the sense of some frightening imagery and information as well as very mystical.