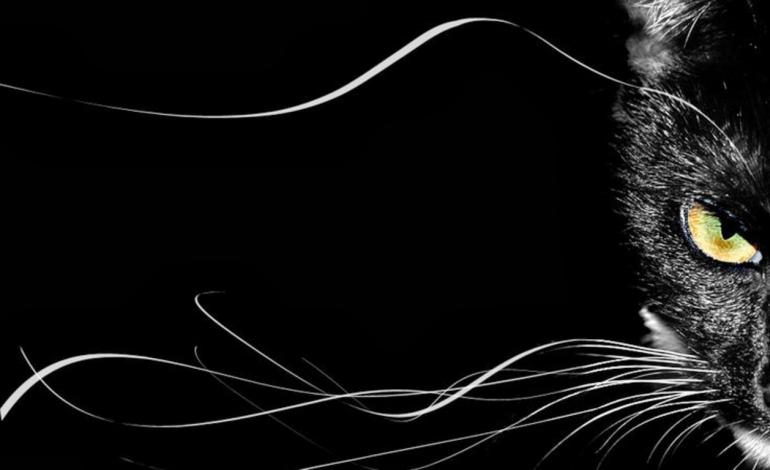 In this present time, it is fascinating to consider the many omens throughout our Earth’s political and spiritual history, more specifically that of the famous dictator of Rome, Gaius Julius Caesar. A man elected by his peers to many high political positions, he is perhaps most notably well known for, not his position as a Roman consul and dictator, but for how he was assassinated on March 15th 44 B.C. In the midst of his great expansions to the Roman empire, his friends and fellow political peers were hoping to see the restoration of the Roman Republic through the death of Caesar. The story goes (according to Plutarch), an oracle woman and seer had warned Caesar that harm would come to him, ‘no later than the Ides’. On the way to the Senate on the very day of the full moon, Caesar passed the seer in the Roman market and laughed in her direction, “the Ides of Martius (March) have come!” The woman grinned at the prideful leader and whispered into his ear, “Aye, Caesar; but not gone.” Caesar had recently renovated the Gregorian calendar and established the Julian calendar, with slight modifications. The psychic woman was referring to the Ides as the midpoint of the month that was usually depicted by the first full moon of the new year. It was later that afternoon, on the 15th of March, that Caesar was stabbed to death by as many as 60 conspirators at the meeting of the Senate. Most famously led by his dear friend Brutus and his peer Cassius, Caesar bled out and with his death the crisis of the Roman Republic and many civil wars began their momentum.

Spurinna (as identified by Roman biographer, Suetonius) was the famous seer in this story who tried to warn Caesar of his impending doom but just as this story goes, not all omens are taken seriously. An omen is defined as a phenomenon believed to foretell the future that which often signifies the advent of great change. Just as divination is a way to receive information from the divine, ancient civilizations believed omens were a divine message from their gods. Linguistically speaking, the word omen does not originally have a positive or negative connotation but due in part to its belief to have been associated with the word ‘ominous’ by the general public, most would agree that an omen is bad. Even in the story of Julius Caesar, William Shakespeare has made the story most recalled by its line in the writings, “Beware the Ides of March,” which would insist the omen is bad. Because divination largely relies upon interpretation and perspective, so does the consideration of an omen to be hopeful or signaling a pending doom. Different cultures from many different times have utilized the omen but in present day it nestles its place deep in superstition. Just as a black cat might be an omen for bad luck or red in the morning sky is an omen of a bad day at sea, finding a penny on the ground might be an omen of good financial fortune. Interpretation and perspective is key. Furthermore, and perhaps more interesting, are the seeds of truth that lie within the omens themselves.

As technology and communication advances across our planet, discussions of how an omen is less superstition, and more science, has evolved; bringing a unique light upon how ancient religions and spiritualties seemed to have so much wisdom. For example, one popular universal omen of death is the ‘death rattle’. The death rattle, often referred to as the noise a person makes just before they pass on, has been determined by modern medicine to be nothing more than the secretions and fluids such as saliva and bronchial secretions accumulating in the back of the throat and upper chest. As the dying person becomes unable to swallow or cough away the fluid, it creates a gurgling rattle with each passing breath. Wet respirations, or the death rattle, has often been determined an omen of death for previous cultures that were unaware of the internal anatomical processes. Instead, this rattling noise was illustrated and narrated to the community with possible causes, some even describing the death gasp as a person fighting for their soul. The death rattle was usually an indication for religious ritual or spiritual action to take place, saging with smoke, acquiring coins for the ferrymen or putting out bowls of clean water for the spirit to cleanse themselves after passing. What was once a terrifying omen of death has now become a symptom with medical explanation.

Though omens and superstition may seem like a passing part of ancient culture, the daily routine of acquiring knowledge that will provide us with insight for tomorrow is still alive and well in our present culture. Our newspaper horoscopes, meteorology determining the cloud formation for weather, or even farmers observing the plants and lunar cycles for ideal cultivation. A particularly interesting and reoccurring theme for negative omens that I have found to be tantalizing, is that of their deliverance through what we hear. True to the Latin meaning of the word, hearing and omen usually is a determination of something negative and only now are we learning the true spectrum of science with spirituality. For example, in many cultures the canine is thought to have an avid and acute sense of intuition for approaching trouble or evil. A dog might engage in persistent howling at the window or take to your side when you are ill. We now simply have come to understand that the canine range of hearing far surpasses that of the human spectrum and it may not be intuition after all, but instead a great pair of ears. In a recent article, I mentioned the superstition for those that hear a common ringing in their ears which is now known to be called tinnitus, and how those who suffered from hearing these strange sounds were considered to be gifted. Hearing things outside of the natural range allows for an amplified perception of the world.

There remains a very large amount of auditory omens, visual omens, and omens in general that are considered harbingers of death or doom that are void of scientific explanation (yet). Instead, their legacy is rich with culture and history and therefore it does demand a certain amount of respect. When great literary artists such as John Keats mentions, ‘no sound so loud as when a curtain’d bier / the deathwatch tick is stifled’ and refers to the famous woodboring beetle that is said to be heard ticking before the death of a loved one, perhaps we should listen. The deathwatch beetle, the banshee, and other omens of death are fantastic parts of our heritage. I implore you during this Ides of March, to dig deep within your own family tree and learn a bit of culture in regards to the omens your ancestors may have believed to be ancient wisdom. Here are a few to ponder:

1. Amber beads and jewelry worn upon the skin can protect against illness.

2. The color blue can be worn to protect yourself against witches.

3. If a woolly worm in the spring is mostly black winter will be long, if the worm is mostly brown one can expect to see grass on the ground.

4. A cricket in the house brings good luck.

5. When fishing, throwback the first fish and you with have a lucky day and great catch.

6. When a fork drops upon the ground it means a man is coming to visit.

7. When one catches the first falling leaf of autumn they will not catch a cold all winter.

8. Rosemary planted above your doorstep will deter witches and evil energy.

9. The moment of death should be followed by opening all windows in the home so the soul can leave.