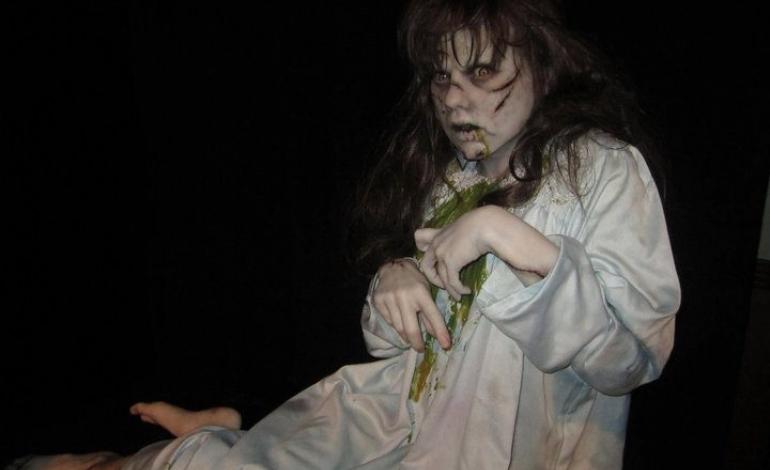 In 1949 thirteen year old Ronald Edwin Hunkeler went to Saint Louis to stay with his grandmother for the summer. During this time Ronald and his grandmother began to play with an OUIJA board which they considered “Harmless fun!” Ronald was an only child and so relied on his relatives to be his playmates.

Manifestations of demonic figures started to appear and eventually Ronald became obsessed with playing the OUIJA board. As we all know when you play with a game like that you are opening doors which you will not insecurely be able to close.

Unexplained Footsteps and knocking started to be heard in the house. Scratches and bruises had started to appear on the boy’s skin without any logical explanation. Furniture moving on its own across the room. A dark force had started to take over Ronald. This case would turn into one of the most famous cases of demonic possession in our world.

Father William Bowler assisted in the Exorcism of the boy. For many years the name of the boy was kept secret. The media would refer to him as R during the time the exorcism took place. According to my research Ronald underwent a number of Exorcisms It was documented that Ronald even scratched one of the priests with an improvised weapon that he had made out of a bed-spring, which caused the Exorcism to stop.

Eventually the boy was free from demonic spirits and went on to lead a normal life. The renowned film the EXORCIST is loosely based on his story.

But how do Demonic spirits manage to possess a soul? Many come through via OUIJA boards. Others target Ghost Hunters by pretending to be a little child so that humans take pity on them. In this particular case the spirit was invited in by use of a spirit board.

The battle between good and evil is always present. Even today Exorcisms are performed throughout the world; The Vatican even has a room in which they perform Exorcisms.

If an Exorcist has the name of the particular demon that they are dealing with, then they have full control over that spirit. The reason why it has such power of the Demon is because the Exorcist is using their name and therefor it makes it more personal.

Not only will the spirit inhabit the body but it will sometimes change the physical features of that person. In some cases the victims’ eyes become dilated and cat like. The atmosphere around them will become very unwelcoming. Some people even talk in tongues as well as contorting the body in a non-human way.

Whilst doing research for my book Love Tie (One of the characters gets possessed) I came across a story about a woman who had been hospitalised due to behaving strangely. She attempted to escape, but when the staff cornered her she proceeded to climb up the wall and along the ceiling.

I have never witnessed an exorcism, but I have had a run in with a malevolent spirit. It is not an experience I wish to repeat. The house was haunted by a demonic spirit. As soon as I walked through the door I got the feeling of being watched by someone that didn’t want me to be there. The atmosphere was hostile, but I tried to ignore it and enjoy the night with my friend. But the hostile atmosphere increased as the night progressed.

I could feel my spiritual energy radiating from my hands, which was odd because I only used to get that feeling when I meditated. An image of a dark figure lingering in the corner of the room flashed into my mind. I then asked if the spirit stood in that corner and pointed to the area where I could sense them. My friend said that the spirit does like to linger sometimes, but no harm would come to me “They are just curious”

I have never felt so spiritually threatened in all my life! It was such a strange atmosphere to be in, because I have only come across good spirits before. However I tried to remain calm as if I showed any sign of weakness the spirit could have used that to their advantage.

When I arrived back home a few weeks later, I had a very unusual dream. The dream felt so real! Almost as if it hadn’t been a dream at all.

I wondered to my dresser, and looked into the mirror. I was disorientated but I had never felt so alive. It was like I had been reborn again I felt so refreshed. My pupils had darkened and I had contorted my double-jointed arm. During this time I realized that this dream I was in wasn’t a typical nightmare. I felt so alive and new in my skin which I have never felt before. I tried to wake myself up however the dream kept pulling me back in. I tried to say the Lord’s Prayer in my sleep. Eventually I woke up.

Demonic spirits do exist and people need to be aware of this side of the spiritual realm.