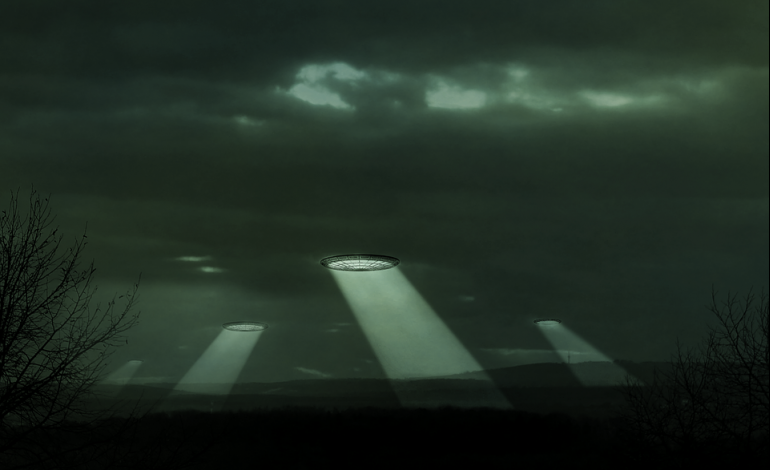 There are many claims out there regarding people who say they have had alien experiences (of various kinds) which were positive in nature. With many of these, there are no major reasons to suspect or assume they are being untruthful regarding the effect the experience has had on their life (regardless if the experience was a genuine alien encounter of some type, or just a delusion, hallucination, or an accidental misinterpretation).

But this article is not about those types of encounters. Instead, we will focus on those alien encounters which have left dark & disturbing memories, or worse. & there are many of those as well.

So, where to start? Well, truth is we as common folk are not privy to what the deep state has truly learned or knows about regarding sentient beings that aren’t human. Which means all we can do is speculating as to what may be the truth based on the information available to us.

According to mathematics, there is every chance that life likely exists outside our solar system. The numbers suggest all kinds of possibilities concerning extra-terrestrials are likely. Now add to that the inter-dimensional possibilities. What we are left with is an endless number of variables & motives.

As with all life, there is good & there is evil. The idea of good versus evil permeates throughout the universe. Thus, we personally suspect that every species of sentient intelligent being subscribes to some form of theology, or to say some kind of spiritual practice.

On this planet, we see good & evil in every species. There is personal demeanour, at least to some extent. Yet we tend to think of various alien species as all good or all bad, when it’s much more likely that there are good & bad natured individuals within any species.

Having said that, there are also social politics to consider. All sentient beings would be susceptible to this. For example, not all Germans within Germany supported the Nazi movement, although the movement affected many outside of the country adversely & thus many times all Germans in general were blamed, when that was not really the case.

And so we find cases where it seems that all of the aliens involved in abduction were all working for the same ultimate goal, which usually seems somewhat selfish on their part, & doesn’t fully or truthfully explain why one was invaded in the first place. But the same pretend may be in order, although that is no excuse for the violation.

So, whether it’s an alien species which serves a dark & sinister theology or something masquerading as an alien species which is truly demonic, both have the same general intentions for their victims, which is to use them for their purposes until they have what they want from them, which may vary slightly depending on what one is dealing with, but always nefarious & certainly not desirable. Either something is needed from someone physically, added to one physically, or ones soul is in danger…or all of the above.

There are all kinds of things which people experience which should be noted when dealing with possible negative alien activity, such as missing time, sleep paralysis, nightmares, flashbacks, unusual marks, visual manifestations, etc…, all of which are also symptoms of demonic oppression.

Let us state here that any intelligent being who comes into ones domicile (considered ones sanctuary), in their bedroom (when the person is their most vulnerable state) in the middle of the night & does anything against your full cooperation which hurts you in any way is most likely not a creature of love & light, thus does not have your best interest at heart.

Other times it can be more difficult to determine exactly what is going on in these cases when it’s not so obvious. There are various tools out there which can be applied to the situation. Psychotherapy can be useful, especially for post-traumatic stress disorder situations. Hypnotherapy can be useful for recalling various details. Practicing the teachings of one’s faith can strengthen ones spiritual base & resolve.

Guaranteeing this won’t ever happen again may be a different matter entirely. We don’t think anyone can guarantee a fool proof solution for anyone else concerning these types of situations, because of the variables concerning every unique case, on sides, the victim’s side & the perpetrators side.

However, we should note that it has been reported by different individuals that simply by praying or using the name of Jesus (or God), whether in one’s head or especially verbally out loud (if possible) can & has disrupted some of these encounters. If one is having reoccurring night time visits with alien entities, it’s definitely something worth trying, assuming you are not enjoying these experiences & it’s within your faith base. Even if it is not, an investigator would want to know what such a reaction may garner, if any, which may be a clue to help determine the true origins of what one is dealing with.

A healthy way we have at combating the evils of the unknown & unexplained is by improving ones mental, physical, & spiritual strength. Moreover, when we are certain this is a straight up demonic situation, opposed to a non-demonic type of visitation, spiritual warfare is often times recommended, as with any type of persistent demonic situation.

As we said, every case has different variables. If your instincts tell you there is something wrong or unholy regarding such experiences which seem alien in nature, & you want to peruse information & resources to end these types of visits, we suggest privately talking to folks in multiple fields of research & application which deal with these things regarding your experiences, if that’s what’s needed. Taking council is always wise (assuming its sound council). A support system is always a good thing.

Any investigator, teacher, or professional, be it a psychologist, ufologist, demonologist, etc… Will ask an array of questions, including those to do with your mental health, physical health, prescriptions, environment, spiritual belief system, along with details from your experiences & other factors to determine a general assessment. Once you have different assessments from from various parties, then one can compare them to see where the ball tends to roll, so to speak.

Finding out the catalyst is also key. Whether it’s a generational thing, or something someone is doing to someone else, or perhaps one has invited the situation in their life in the first place without even really realizing it…or perhaps they know what happened (& may be afraid to admit it). Talking to well versed professionals or researching diligently will turn you on to information & ideas which may make all the difference in the world.

The more someone learns, the less fear there tends to be, as fear can be caused by the unknown. If the situation happens again after a serious effort at gaining more knowledge is attained (& practiced), the odds decrease at being negatively impacted at a maximum.

Those are some initial thoughts concerning the alien/demonic connection. We only scratched the surface of course. We feel there are those aliens who worship darker things, & we feel there are demons masquerading as aliens to get closer or cover their true nature. This doesn’t explain all cases, but it may explain the nature of some. Peace & Blessings.