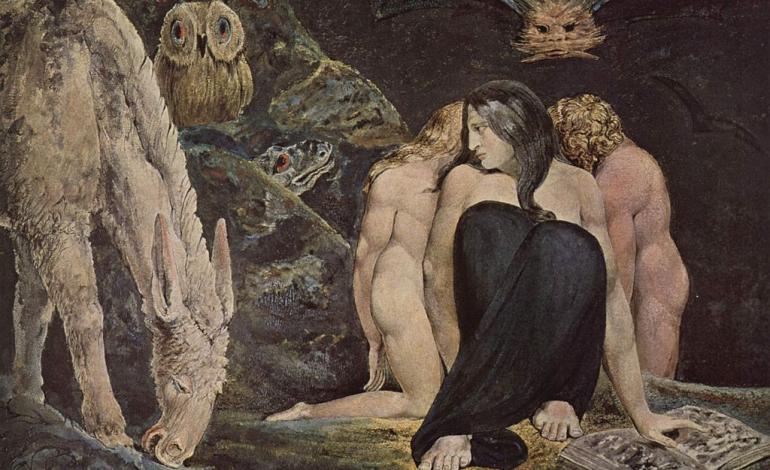 Ancient Greece is regarded by many scholars as being the birthplace of western civilization. Philosophy, art and modern democracy are products of this ancient society. And although ancient Greeks were known for their scepticism they had their fair share of blood sucking vampiric creatures.

According to legend, ancient Greeks lived in terror of three monstrous creatures of the night, Empusa, Lamia and Striges. Empusa was the daughter of the infamous Hecate, the Greek goddess of magic, necromancy and crossroads. Empusa was described as a demonic creature with bronze feet and an insatiable hunger for the blood of young men. It was widely believed that the horrific, Empusa would transform herself into a lovely young woman, seducing them to their death.

Unlike the Empusa who was divinely born, Lamia’s origins are more human and far more tragic. Lamia was the daughter of King Belus. As Lamia aged she soon became the most beautiful woman in the known world. And that beauty attracted the eye of the chief god, Zeus.

When Hera, the wife of Zeus discovered her husband’s affair with the beautiful mortal woman, Hera had all of Lamia’s children slaughtered as retribution. When Lamia discovered the genocide, she swore vengence and preyed upon the flesh and blood of young children. Lamia’s hatred for Hera and children burned so bright it transformed her into a terrifying monster.

And lastly, the Striges, like the Lamia feasted on the flesh and blood of young men. The Striges were described as having the bodies of a monstrous giant black bird and may have been the inspiration for the Romanian Strigoi.

In Homer’s epic, “The Odyssey” Odysseus sacrificed a black ram as he entered Hades. The shades or ghosts that inhabited the Greek underworld could only communicate with the living after drinking the blood of a ritually sacrificed animal or human. It would seem that the ancient Greeks gave us far more than western thought; they gave us the undead as well.