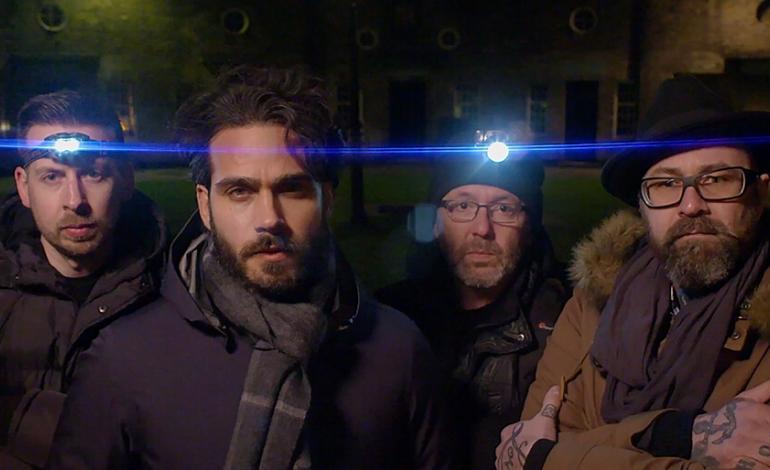 Paul Hobday and Chris Howley were kind enough to give The Supernatural Magazine some time out of their busy schedule to do a video interview for all you guys. They discuss their new TV show Ghost Chasers and the paranormal. The new show is going out on Channel INSIGHT - Sky HD channel 564 UK, or HD+ in Germany. Or stream online at www.insight.tv (Friday 3rd March 9.00pm)

You can also see Paul and Chris this April 1st at the ASSAP Seriously Investigated Conference at The University of the West of England (Bristol) They both will be giving talks on the Paranormal. https://www.eventbrite.co.uk/e/seriously-investigated-tickets-27663473193?aff=es2

Here is the shows Synopsis and Video

Model and musician Kay Nambiar doesn’t believe in ghosts. But he’s always wondered what lies behind the stories. So he’s travelling to some of Europe’s most haunted locations in search of definitive proof of whether or not they really exist.

To help with his mission, he’s put together a crack team of ghost hunters: psychic Ian Lawman who claims he can connect with the dead; and paranormal investigators Chris Howley and Paul Hobday who use the latest high-tech gear in an attempt to gather hard evidence of the supernatural.

In each episode they investigate one supposedly haunted town and zero in on two key locations. From a Victorian school to an abandoned hotel; from a historic theatre to a spooky forest; from underground Napoleonic war tunnels to a magnificent 1,000 year old castle. They learn about the area’s history and hear stories of previous paranormal encounters. Then as the sun goes down their hunt begins.

While psychic Ian follows his sixth sense, honing in on the spirits he senses around him, investigators Chris and Paul are looking for hard, verifiable evidence, using an array of high-tech equipment. Along the way they have some strange and dramatic encounters.

For Kay this is a journey of revelation, at turns dramatic, scary and fascinating. Are these strange and inexplicable encounters enough to turn a sceptic into a believer? Has he found the proof he’s been looking for?