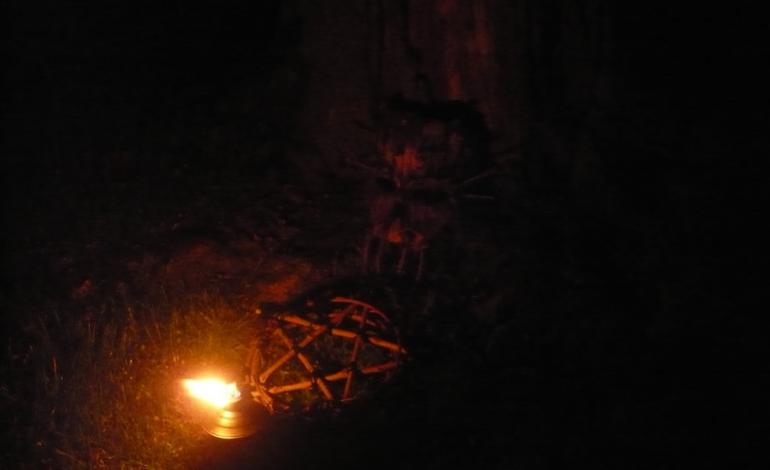 “Never put your faith in a Prince. When you require a miracle, trust in a Witch.” ― Catherine M. Valente, In the Night Garden

Many think of ‘The Wizard of Oz’ and those green and black stripped stockings, a cackle attached to those legs with the meanest looking nose ever seen on a witch! And, it only took water to melt her away and banish her forever! Old English refers this witch in the field of “sorcery or necromancy.” Also referred to as historical, anthropological, religious and mythological contexts, leading to the supernatural and/or magical powers.

A witch, (from Old English masculine Wicca, feminine wicce) is a practitioner of witchcraft, or, the last boss you had or in-law! I waved my magic wand and after the dust settled, came upon another magical and mystifying term. Under the word Etymology, it states that a witch may have “possible connections to Gothic weihs “holy” and Ger. weihan “consecrate.” Priests of a suppressed religion naturally become magicians to its successors or opponents.” Personally, I just think they figured out how to conjure up things and so went with it. Wouldn’t you if you could? There’s a little bit of Oz in some of us, I believe.

While mythological witches are often supernatural creatures, historically many people have been accused of witchcraft, or have claimed to be witches. “Anthropologists in particular have argued that no meaningful contrast between religion and magic can be gained from this approach and that our notion ‘magic’ is a modern-western biased construct which does not fit representations of other cultures. Witchcraft still exists in a number of belief systems, and indeed there are many today who self-identify with the term “witch” (see also the term Neopaganism.”)

Some of us perhaps wished we could just for one day, banish that rotten kid in class, who picked on us, maybe untie his or her shoe laces with a twitch of our ‘Bewitched’ noses. Some of us perhaps anticipated Halloween so much so, if only to dress up as a witch because it was the only night you could be accepted, to go out and fly on your broomstick ride. Personally, I wanted to open up my window and give it a go, but when you lived in a building, that’s not such a bright idea. So, I’d read ‘Bed knobs and Broomsticks’ and closed my eyes, dreamt myself away into the brisk night sky on my broomstick ride.

“Witchcraft” can have positive or negative connotations depending on cultural context (for instance, in post-Christian European cultures it has historically been associated with evil and the Devil), most contemporary people who self-identify as witches see it as beneficent and morally positive. I find that rather interesting as I have a saying that goes- good witch, bad witch, which one are you?

Witches are traditionally stereotyped as being female, however; their male equivalents were also often referred to as witches. My father (Dr. Hans Holzer) called himself a Warlock. He wore a funky medallion around his neck and was a certified witch man. For us, there was European Witchcraft being that was our background. During the Christianisation of Norway, King Olaf Trygvasson had male völvas (shamans) tied up and left on a skerry at ebb. This was the persecution of witches. The familiar witch of folklore and superstition is a combination of many influences. Early converts to Christianity looked to Christian clergy to work magic more effectively than the old methods under

Roman paganism, and Christianity provided a methodology involving saints and relics, similar to the gods and amulets of the Pagan world. As Christianity became the dominant religion in Europe its concern with magic lessened.

On my mother’s father’s side, is Russian: The Russian word for witch, (ved’ma), shows exactly that (the literal translation means “The one who knows”.) Russia, as well as many other cultures, produces tales with both encounters. These parts of folklore also include omens, guardian spirits, and fate. Something I question all the time. They all have little to do with the eastern orthodox religion yet seem to appear in much of the folklore of the 19th century.

A visual omen, a dream, may include a gloved man indicating death, fish predict marital luck, and children’s games foretell marriage, fertility and wars. Passed down of course are tales of how other indicators, include the crying of a baby that is not within sight, the hammering of nails off in the distance, and also ringing of the ears, can foretell different things.

If that’s the case, then all the elders in my family must be witches and warlocks because they all complain about is ringing in their ears! I remember being pregnant with my first child, a daughter was to be born. My Parisian grandmother placed a gold medal like charm that hung off a long chain, in front of my burgeoning belly and let it begin to sway back and forth, on its own. She said if it went to the left, it was a girl, to the right, a boy and so on. Powers typically attributed to European witches included turning food poisonous or flying on broomsticks or pitchforks, casting spells, cursing people, making livestock ill and crops fail, and creating fear and local chaos…sounds exactly like the Holzer household.

One of my classic favourites was of the three “Weird Sisters” from Macbeth, as they were portrayed as concocting potions in large cauldrons, fabulous! I was one of those children who dressed up many Halloween’s as a witch. But, not as a wicked old woman with wrinkled skin, had the pointy hat, cap in black, no warts on my nose and long claw-like fingernails to complete the ensemble! Having natural jet black hair, made it even that much more authentic. Now, if I could only get those bloody spells to work, I’d be set for the evening for all Hallows Eve!

My father’s eye of newt was rather stale and so, had to rely on the neighbouring park’s frogs, if I could catch one that is. I was on the lookout for the Prince of Darkness, who I thought would make for a nice partner one day! He and I would go off and spend our time spell casting, conjuring up the dead, causing some ruckus with the White Witches and then call it a day.

Overall, practices and beliefs that have been termed “witchcraft” do not constitute a single identifiable religion, since they are found in a wide variety of cultures, both present and historical; however these beliefs do generally involve religious elements dealing with spirits or deities, the afterlife, magic and ritual. Witchcraft is generally characterized by its use of magic and so to find a true witch, well they would have to put on some magic show! The allure of the possibility of being magical, like a fairy is what for myself, and why I’d love to be Witch for a day so…which Witch are you?