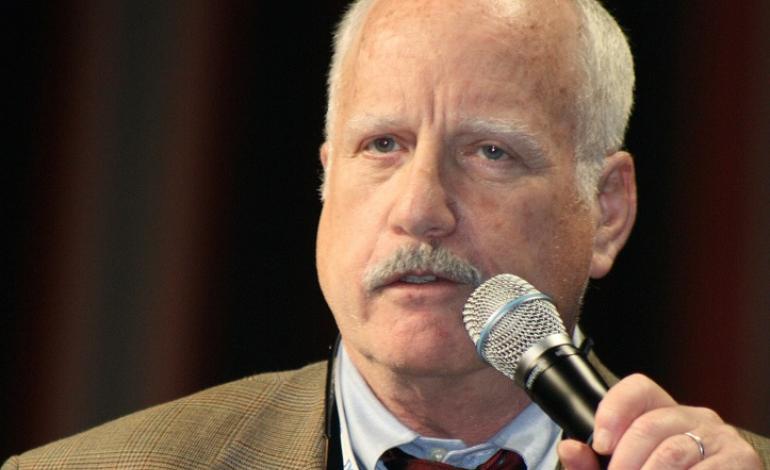 In Hollywood, drug and fame are two things that appear to go hand in hand. We are constantly reminded of this sad fact when a celebrity falls off the wagon and ends up either doing time in prison or in a rehab facility. Respected actor, Richard Dreyfuss had a ravenous hunger for cocaine early in his career but an encounter with a visitor from the spirit world may have saved his life and career.

In the late 1970s, shortly after the release of the box office giant, Close Encounters of the Third Kind, Dreyfuss got whacked out of his mind and cocaine at a party in Hollywood. He then hopped into his car and sped away and a few miles wrapped his car around a tree. Fortunately he survived the accident. By all accounts the accident should have killed the actor thus ending a promising acting career

While in the hospital recovering from the accident, Dreyfuss claimed that the spirit of a young girl appeared at the end of his bed. The actor attempted to speak with the young girl, but she never said a word. She just stared at him with cold lifeless eyes.

In the late 1970s and early 1980s, the police was one of the most popular new wave bands. With hits like, Don’t Stand So Close and Roxanne, The Police dominated the charts. The band owes much of its success to the talent and charisma of its front man, Sting. And in return Sting owes much of his success to a lifetime of dealing with ghosts and growing up in a haunted house.

Sting was never shy when telling stories of his childhood home in Newcastle, England and the many ghosts said to haunt it. As a child he and his parents would regularly witness apparitions walking the halls of the home. And when Sting was very young he watches as a ghostly Roman Battalion marched across the property to a battle long since forgotten.

The most dramatic paranormal experiences wouldn’t happen till many years later when he and his wife, Trudie, moved into an old mansion in Highgate, North London. An experience that still gives the rock star nightmares.

Shortly after moving into the mansion with their 18 month old baby, the couple started hearing heavy footsteps running up and down the stairs. When they gathered the nerve to investigate them both reported watching as a large black shadow running up the stairs. The couple were willing to try and be at peace with their ghosts. After all no one had been hurt they both thought. That was until the spirits turned their attention to the baby girl.

Sting claimed that as he sat in a room opposite his daughter’s he heard what sounded like the baby making a fuss. Thinking she needed to be fed or changed, the singer went to check. When he entered the room he was greeted by a bone chilling sight, the toys in the room we’re being moved around the room with unseen hands. Sting watched as the mobiles that hung over his daughter’s crib began to violently spin. Sting grabbed his baby and the family fled their home in terror.

It was reported in several London newspapers, Sting and Trudie, hired a local paranormal group to come in investigate and hopefully cleanse the home of whomever or whatever haunted their home. The group told the famous couple that their home was a gateway and that spirits were coming and going at will. The group did perform a cleansing of the house but no one knows if it worked and whether or not Sting and his family found peace