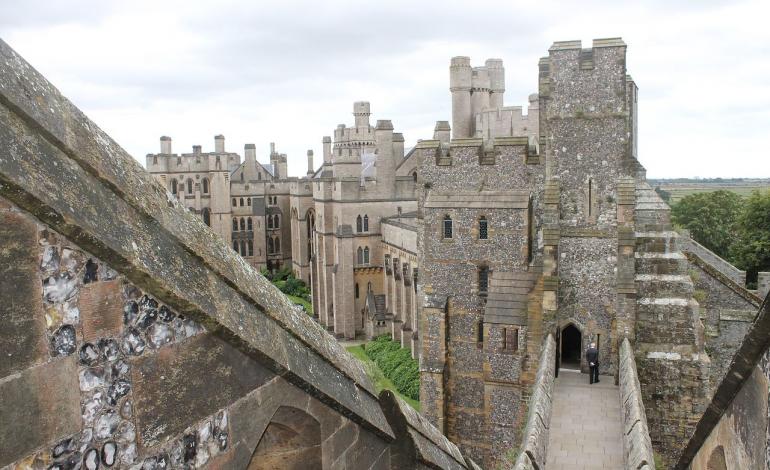 West Sussex is a place of outstanding Natural beauty, and beautiful old buildings. However upon visiting some of the main buildings, people have got more than they wished for !

From Spirits haunting buildings to apparent mythological creatures lurking within the shadows of a forest! Here are a few of the infamous tales about Hauntings in West Sussex.

The George Hotel Crawley- I have walked past this building many times, the atmosphere around the former Coaching Inn, is daunting if not very strange. According to my resources a night watchman Mark Huston haunts there. He met his demise by being poisoned, but it is unsure why he was killed this way.

Amberley Castle- Amberley Castle is situated right in the heart of the Southdown’s, and coincidently just down the road from where I used to live. I have been to the Castle often, and every time I’m there, I always get the feeling of being watched by the people that used to live there in the medieval times.

Other people have reported the sound of footsteps behind them as they go into the Toilets, or being tapped on the shoulder by an unseen force. A Taxi driver told me that he even had to collect a couple from the castle in the middle of the night, as they could not sleep in their room after seeing a figure of a man in Tudor clothes walking around there!

Norfolk Arms, Arundel. This former Georgian Coaching Inn is haunted by a Poltergeist. A Poltergeist is usually a spirit of a child, who often likes to throw things or play tricks on people. Staff has reported hearing laughter of a child in the Kitchen, as well as having trouble with the lighting, as it keeps turning itself off.

Visitors to the pub have always reported the feeling of being watched, as well as feeling cold in a particular spot.

The White Horse pub Storrington- I have been to this charming Bistro many times with Family members, We are always greeted by a lovely atmosphere…But I find the whole atmosphere and energy shifts as I make my way through the Bistro to go to the Ladies.

A feeling of being watched consumes me and other people have reported the same thing. Phantom footsteps are sometimes heard as well as people being tapped on the shoulder.

Arundel Castle. Only a few miles away from Amberley Castle, Arundel Castle is worth a visit. As well as beautiful gardens the Castle is full of Historical artefacts as well as ghosts! According to my resources there are a number of Spirits wondering around the building, including a Spirit of a young woman who committed suicide.