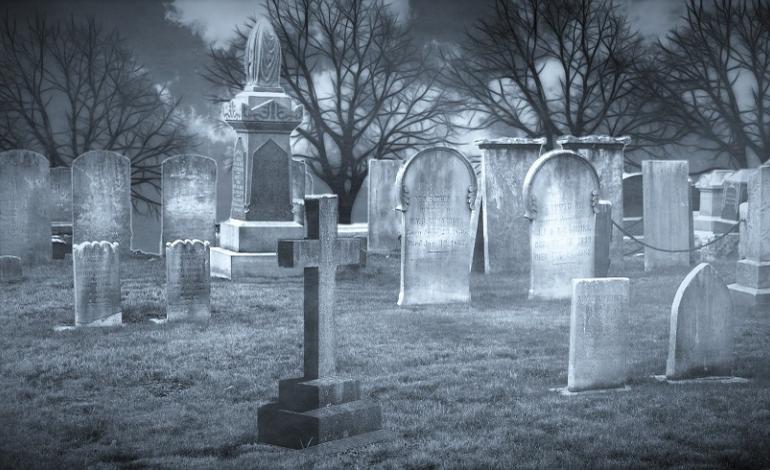 I am not fond of wandering, in the middle of the night, through cemeteries searching for ghosts. It isn’t that graveyards scare me but one day, hopefully far in the future, I will be spending a lot of time in one. I’ve seen my final resting place and it’s nice I suppose. Overlooking a little church and surrounded by farm fields, it is both quiet and peaceful but I have almost no emotional attachment to it. I have no reason to spend much time there now and I can’t imagine having any real desire to spend my valuable haunting time protecting my spent remains. Assuming that most people feel this way, I believe that ghosts would rather visit people and places they knew in life and not sit by their own lifeless remains. So when I spend time searching for ghosts I will do it where they experienced their lives, not where their physical remains are placed once they are done with them.

Despite my disinterest, I can understand why so many ghost hunters are drawn to cemeteries. Typically empty and yet full, old with an abandoned and neglected feel, cemeteries include all aspects of a good ghost story. From the outside looking in, many people would consider them to be a prime location to search out spirits.

Why would a spirit want to spend their eternity in a graveyard? Every cemetery has its own stories of figures hovering within the fences at night, or lights floating from grave to grave or crying heard by a head stone, but many of these are just myths and legends told and retold by people who are more thrill seekers than researchers. Can someone be so attached to their own body that even in death they can’t let it go? Ok, we all know a few people like that, so it is possible and even probable that some graveyard hauntings have a bit of truth to them but that doesn’t explain the disproportionate number of reputedly haunted cemeteries compared to other types of property? Are we bound to our bodies even after death? That doesn’t seem likely, as it would mean that every other reported ghost sighting was false. It also means that every cemetery around the world should teaming with spirit activity.

Today there are some lovely park-like cemeteries worthy of a picnic and a walk, if you can overlook the constant reminders of death. In time these modern memorial gardens will lose their luster and begin to take on the dated and lonely characteristics of a stereo-typical cemetery. As they age, drifting into decay and disrepair, the inevitable legends will form and create yet another haunted location for paranormal investigators to lust after.

Regardless of the legends or the look or the feel of any cemetery, when I go searching for spirits I want to go where people lived their lives, not where their physical remains are stored. I want to walk in their footsteps, stand where they felt joy and sit where they felt pain. I want to touch and see the places and things that they were attached to in life because if someone can come back from beyond it makes more sense that they would want to come back to a world familiar to them, not a plot of land they have little emotional connection to.