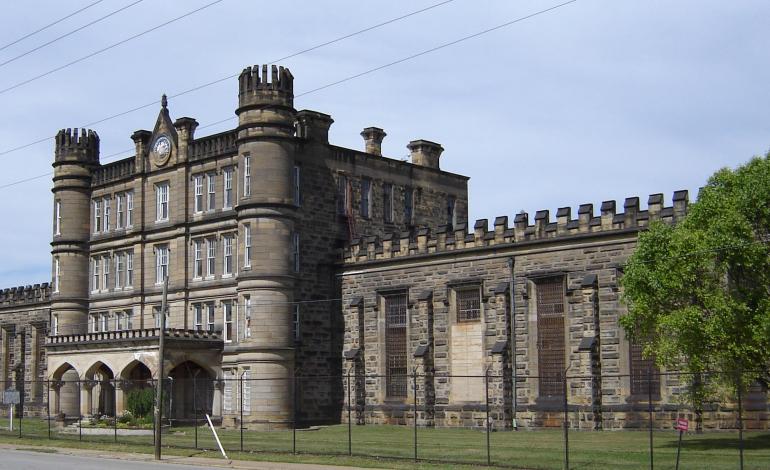 Each year around Christmas, one of my earliest memories returns to haunt me. On a cold December’s morning, 1981 my mom and my grandmother piled me into my mom’s Chevy POS and made the journey from the relatively safe confines of the City’s North side to the town of Joliet on Chicago’s South West side, our destination was Statesville Correctional Centre. 6 months previously my uncle got locked up for some offense that I can’t remember. And probably never really knew.

It’s been 35 years since that visit and I can still see the gigantic, Gothic stone structure that filled me with dread. I credit that visit for putting me on the straight arrow, because there was no one in hell I wanted to end up in a place like that.

In the United States, and abroad, there are prisons whose former inmates still stalk the halls long after their incarceration was up. Some has died at the hands of their fellow inmates or from committing a crime that sent them to a state mandated death sentence. Here’s a look at five prisons haunted forever, not only by former prisoners but former employees as well.

Located in the small town of Moundsville, West Virginia, sits a monstrous stone structure that is a testament to that state’s violent past. In 1876, the State of West Virginia, amid a tide of lawlessness, desperately needed a place to house the worst society had to offer. The State picked Moundsville as the site for the Penitentiary. A building that seemed to say, “Hey, we aren’t messing around here.”

When the doors of Moundsville Prison were opened only the most violent of offenders were incarcerated behind its imposing walls. The prison was only intended to house 480 inmates, however by 1930, the inmate population swelled to an almost uncontrollable 2400 inmates. So it should come as no surprise when violent riots and brutal murders turned into common occurrence.

Day in and day out, horrific stories of torture, suicide and murder filtered out from behind the prison walls. Most would think that a state regulatory board would do something about the horrible conditions of the prison. Unfortunately, back then they either didn’t care or just didn’t have the manpower to do it. Moundsville was on its own in that respect and the guards could do whatever they wanted, even go so far as murdering inmates and hushing it up.

In our day of “enhanced interrogation techniques” Moundsville’s unscrupulous guards would make the CIA envious of its torture techniques. If a convict got out of line, he could be subjected to one of two soul crushing methods that were proudly invented by Moundsville’s sadistic guards. One method called The Kicking Jenny was particularly painful. If a prisoner became too unruly to manage, he would be taken to a room where the apparatus was kept. The prisoner was stripped naked and bent over a large piece of wood- his legs and hands attached to the floor. A crank was used to apply pressure. If the inmate struggled the tension would became greater and the inmate would suffer internal injuries that resulted in death.

Another torture method used by the guards was, The Shoo Fly. The prisoner’s hands and feet were placed in stocks and the head immobilized why a guard shot high pressure water from a fire house into the inmate’s face. It wasn’t uncommon for an inmate to die from strangulation or drowning. If there was anywhere you could call hell on Earth, Moundsville prison was it.

Recently, Moundsville Prison has opened its door for a much different clientele, tourists. Gone are the days of torture, over population and presumably, bad food. Now all those things have been replaced with historical tours and gift shops. However, stories of torture don’t keep the people coming back for more. What does keep them coming back is the fact that Moundsville Prison is forever haunted by the ghosts of the notorious prison’s past.

Since opening its doors for history and hauntings tours, many visitors have claimed to witness paranormal activity in one of its many “hot spots.” Visitors have been pushed, grabbed and touched by unseen hands in the shower cages. The chapel is another area where tourists have claimed to witness paranormal activity. Weeping apparitions saying one last prayer before their date with the electric chair have been witnessed by the unwitting tour taker. According to those who work at the prison all agree, if you really want to experience something extraordinary the place to have it is the oddly named, Sugar Shack, Moundsville’s ghost central.

In the 1930s, a young inmate was cornered by his peers in the recreation room, the sugar shack. The inmate, whose name is lost to history, committed the unforgivable act of being a snitch. Something that brought swift justice. After cornering him they proceeded to beat him to the point of death and then cut his head off with a shiv, an improvised knife. Of course, the guards saw and heard nothing. Today, people have claimed to see a young man covered in blood and gore cowering in a corner. It is believed this is the snitch during his final moments of life.

Moundsville Prison is open for day time historical tours and night time ghost hunts for those brave enough to spend the night in America’s most Haunted prison.