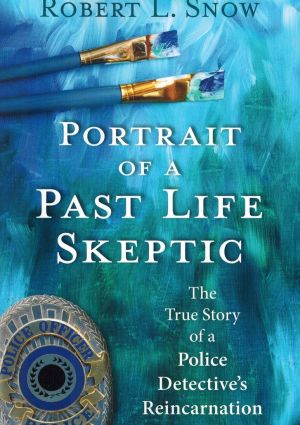 It reads as a Master Detective story - and it would be something that I am sure Holmes & Watson would have taken a great interest in had Robert Snow called at their Baker Street “office” with this “conundrum”. However Robert had to do all the detective work himself - something that he had been employed to do as Police Captain of the Indianapolis Police Department. Under his jurisdiction homicide dropped in the city and success rates for detection reached over 80% - so you get the idea that this guy is something of a stickler for the truth - and justice.

However, back to the book. Basically Robert was dubious about “past life regression” and the alleged “facts” it sometimes brought to the surface - were these facts simply “put there” by psychoanalysts as “what was wanted to be heard” or was there something more. He went to a recommended “Past Life Regression Therapist” (my words) with the belief that it was all a load of “New Age Hooey”. In his attempt to disprove or find what he believed to be a rational explanation for his “regressed memories” he was in for a big shock.

Without giving too much away - for this is after all a “thriller” of sorts - Robert finds that he was an artist in past life and sets out to research the artist’s real life and recorded facts to prove or disprove his regression experience.

The book - the second and latest edition - follows his quest for the truth and it is certainly a page turner. “I had to accept that the world was completely different from what I had believed it to be my whole life” is his conclusion.

Recommended for all skeptics - even if you still decide to disbelieve the facts of this book you will have read something that will stimulate discussion and hopefully make you think - “well there may be something in this after all”.